Formation of Martian Satellites via a Giant Impact

Researchers found that two small satellites (Phobos and Deimos) orbiting around Mars can be also formed by a giant impact like the origin of our Moon.

An international team of researchers from Royal Observatory of Belgium, Institut de Physique du Globe, Universite de Rennes 1, Kobe University, and Tokyo Institute of Technology (Earth-Life Science Institute: ELSI) investigated the formation process of a disk produced by a potential giant impact on Mars, and satellites' formation process from this disk. A huge satellite is quickly formed from this disk first, and it enhances the accretion of Phobos and Deimos in the outer region. After their formation, the huge satellite falls into Mars due to the strong tidal interaction with Mars, and eventually disappears. Only two tiny satellites, that is, Phobos and Deimos were left behind. Researchers also found that about a half of the disk produced by a giant impact originally come from Mars, so that Phobos and Deimos should contain Martian materials. Recently, Japan Aerospace Exploration Agency (JAXA) has just started to plan a sample return mission from Martian satellite(s). Returned samples from Martian satellites are expected to have Martian materials.

Phobos and Deimos are orbiting on the Martian equatorial plane with very circular orbits (Figure 1). They are very small satellites and their masses are less than 10-7 of Mars mass. Because of their irregular shapes and spectral features, many researchers have thought that they were captured objects by Mars coming from the asteroid belt (capture origin, Figure 2). However, the capture origin cannot easily explain their current circular and coplaner orbits, because captured satellites should have eccentric and randomly oriented orbits like many captured satellites found around Jovian planets. On the other hand, Mars has the largest crater in our solar system on its northern hemisphere, which is called Borealis. A huge impact can create this crater and also eject a lot of materials around Mars, which may form a disk around Mars. Although formation of Martian satellites from this disk was proposed (giant impact origin, Figure 2), little is known about the detailed process of disk formation and satellites' formation.

Figure 1. The pictures of Phobos (left) and Deimos (right). The sizes are not scaled. (Images from NASA/JPL-Caltech/University of Arizona)

A giant impact and satellites' formation

Firstly, researchers carried out high-resolution 3-D simulations for a giant impact that can potentially create Borealis (Figure 3). As a result, a lot of materials are ejected around Mars, and a massive disk is formed, which spreads beyond the co-rotation radius (Figure 4(a)). The co-rotation radius is the place where the orbital period is exactly the same as the Martian spin period. Since Phobos and Deimos should be formed just inside and outside of the co-rotation radius, respectively, formation of the spread disk is the key to solve their formation. Next, they calculated the disk's evolution, and found that a huge satellite with about 1,000 times larger mass than Phobos is quickly formed in the inner disk region (Figure 4(b)). This huge satellite moves outwards due to the gravitational interaction with the disk, and starts to enhance the accretion of small satellites forming in the outer region (Figure 4(c)). After the formation of two small satellites, this huge satellite starts to fall into Mars, and eventually disappears. Two small satellites are left behind, and these are Phobos and Deimos. If a huge satellite were not formed, 5 to 10 much smaller satellites would be left behind, which is totally different from the current Mars-satellites system. 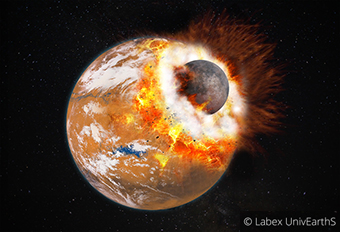 Figure 3. Image of a potential giant impact onto Mars. 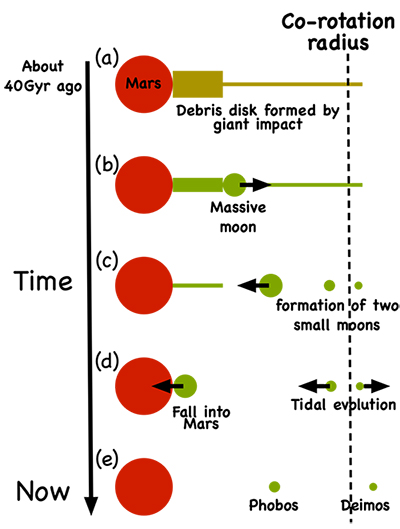 Figure 4. The evolution of the disk produced by a giant impact onto Mars.

What is the difference between our Moon and Martian satellites?

Among the terrestrial planets (Mercury, Venus, Earth, and Mars) in our solar system, only Earth and Mars have natural satellite(s). The colliding object that made our Moon is thought to be 10% of Earth's mass. Therefore, Earth greatly spins up by this giant impact (4-5 hours in spin period). In this case, the co-rotation radius is located close to Earth, and our Moon should be formed beyond the co-rotation radius. Therefore, our Moon moves outward with time as we are observing today, and it cannot fall onto Earth definitely. On the other hand, the colliding object on Mars is not so huge, so that Mars gets the current spin period (~24 hours). In this case, the co-rotation radius is located far from Mars, and a huge satellite is formed within the co-rotation radius. Therefore, this huge satellite has the fate of falling into Mars after enhancing the formation of Phobos and Deimos. Impact condition is the key factor controlling the destiny of planet-satellite system.