Held by the Tokyo Tech International Student Association (TISA) in collaboration with the Sepak Takraw Club, this was the second in a series of events that aims at developing positive interactions between international students and Japanese students through extracurricular activities. Despite the fact that sepak takraw, a sport native to Southeast Asia, is a relatively unknown and difficult sport, the event was a success. 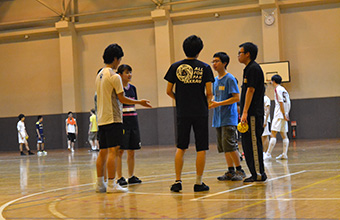 This was the second event for interaction between Japanese students and international students. Like the Tennis Festival, it focused on the connection between student clubs and international students. Fortunately, we had many participants. I hope that the number of participants will increase and we can have broader interaction.

Though sepak takraw is a fascinating sport because of the dynamic motion, the number of players is not so large worldwide because it is a difficult game. This time, we had the opportunity to play with international students. Despite the difficulty level, I think that we were able to convey the joy of playing to the international students. I'm glad that we got to introduce the game to them and that we could share such a pleasant time. In addition, this event was a very good opportunity for me to speak English. I'm not very good at speaking English, but as this was an informal event, I decided to speak in English as much as I could. Fortunately, I was able to communicate with the international students and express to them the important points of the game. I have gained lots of confidence and I will study English more in the future.

I had a good time playing and chatting with the members of the Sepak Takraw Club. After participating in some practice matches and after-party, I also felt like part of the circle. It was a good experience practicing Japanese and understanding more about the culture of Japanese student clubs.

Sepak takraw is a very unique and challenging sport. It is like a combination of football and martial arts. I had never heard about it before this event, and it was interesting to try something new. I found it very difficult at first but after a few hours of practice I felt I had gotten better. I am surprised that so many Japanese students have taken an interest in this sport which is Southeast Asian in origin.

The students from Sepak Tech gently taught me to play the game so that I could gain interest in it and enjoy it. I think this activity made it possible to experience Japanese club cultures and a sport which is not familiar to many foreign students. In addition, it was a good opportunity for international exchange and communication with foreign students and Sepak Tech's students. If there is another activity like this, I will join again. I strongly recommend this to Tokyo Tech students who want to experience international exchange. 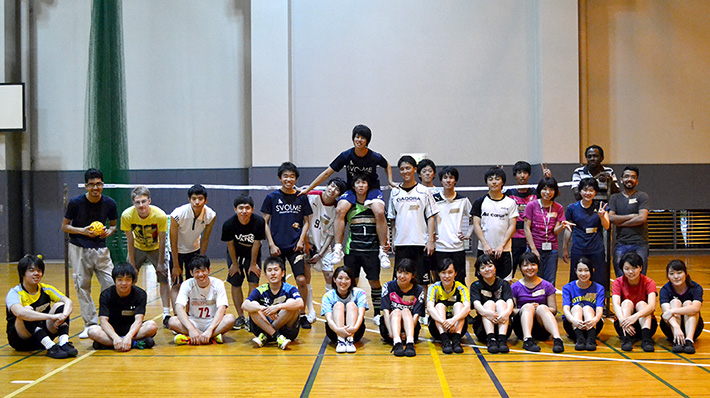 The third event in this series was an AIKIDO held on July 9, 2016. Look out for more events from TISA in the future.