Following an initial dispatch of Tokyo Tech students to Thailand for TAIST's Automotive Engineering (AE) program in September 2015, another cohort, comprised of four students, participated in the Information and Communication Technology for Embedded Systems (ICTES) program from late February to March 2016. The group attended a series of lectures and joined group projects to implement embedded systems.

Lectures and practical activities in Designing Software for Embedded Systems

From the morning after their arrival in Bangkok, the Tokyo Tech students attended intensive lectures and joined hands-on activities in the Designing Software for Embedded Systems course conducted by TAIST at NSTDA. Lectures were delivered daily from 9 a.m. to 4 p.m. with breaks for lunch. As TAIST professors included many group discussion sessions during the lectures and activities, the four students quickly found their place in the TAIST community, enjoying valuable experiences in surroundings very different from Tokyo Tech. 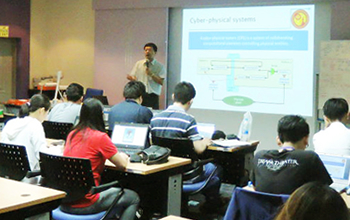 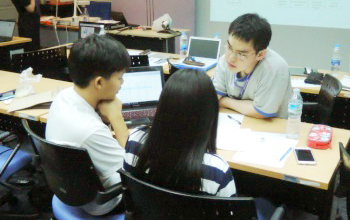 Realization and implementation of embedded systems through group work

Lectures and hands-on activities were conducted for ten days in total during a three-week period. Starting with a beginner's level activity of embedding a microcomputer board, participating students gradually developed higher-level systems by connecting boards for data exchange and by connecting a board to a computer simulating a data center. In a week-long project that followed, the students worked in groups with TAIST student counterparts to design and implement embedded systems.

Demonstrations and poster presentations at ICICTES 2016

In separate groups, the four Tokyo Tech students exchanged ideas with TAIST counterparts about embedded systems, discussed implementation methods, and defined their roles in the groups. They participated in preparations for the groups' demonstrations and poster presentations at the International Conference of Information and Communication Technology for Embedded Systems, ICICTES 2016, which was held in late March in Bangkok. At the end of the conference, a group that included a Tokyo Tech student was selected to receive the award for best presentation. 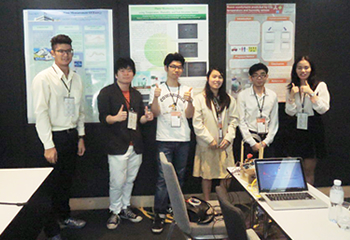 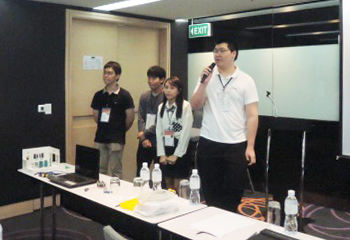 With plans to continue this student exchange program, it is expected that many more Tokyo Tech students will take advantage of this unique opportunity to study abroad in Thailand.

*
This article has been updated to correct a typographical error on August 4.