Professor Hiroshi Iwasaki, of the Cell Biology Unit at the Institute of Innovative Research, has been awarded the 2016 Kihara Prize by the Genetics Society of Japan.

The Genetics Society of Japan established the Society Award (Kihara Prize) and Incentive Award to promote progress in the field of genetics and raise public awareness of exceptional research achievements. The Kihara Prize is a highly coveted award that was established in honor of Dr. Hitoshi Kihara, whose work on the genetics of wheat were groundbreaking in the fields of genetics and evolution, and recognizes researchers who make seminal contributions to the field of genetics.

Grounds for Receiving the Prize

Homologous recombination is a universal biological phenomenon observed in all living things. Homologous recombination plays a central role in the acquisition of genetic diversity for the evolution of species whilst also contributing at a fundamental level to the maintenance of genomic stability in individual cells. In addition, homologous recombination is intricately involved in aging and carcinogenesis, making it important for clinical reasons. The fundamental and central step in homologous recombination is the DNA strand exchange reaction, in which two homologous DNA molecules exchange genetic information encoded on their strands through the action of proteins called recombinases. Over the course of many years, Professor Iwasaki used fission yeast as a model system to analyze the molecular mechanism by which the Rad51 recombinase of eukaryotes2 catalyzes DNA strand exchange. The wide acclaim and remarkable impression that Professor Iwasaki's work has left in the field of genetics warrant the award of the prestigious Kihara Prize. 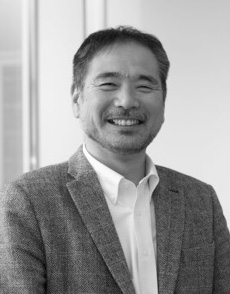 I am very pleased that the Genetics Society of Japan has awarded me with the 2016 Kihara Prize. Past recipients of the Kihara Prize include highly revered scientists that have made brilliant contributions in the field of genetics. I am both honored and humbled to have the privilege of joining their ranks. This award was made possible by my teachers, who led me into the world of research with their warm guidance, and my students and colleagues, who conducted this research with me. I sincerely thank them all. In gratitude to them, I wish to continue devoting myself to research that boldly pursues the answers to unexplained problems, and in doing so I hope that I might instill an enthusiasm for molecular genetics in younger generations through communication and dedicated mentoring.

The name for the family of organisms formed from cells with a nucleus enclosed by a nuclear membrane. These include animals such as humans, plants such as rice, and fungi such as baker's yeast and fission yeast, which have served as model organisms for research. In eukaryotes, chromosomes are stored in the nucleus. Related to this, organisms formed from cells without a nuclear structure, in which chromosomes are exposed to the cytoplasm, are called prokaryotes. A typical example is Escherichia coli, which was one of the key model organisms used by researchers to pioneer the field of molecular genetics. With regards to homologous recombination, the protein RecA, which is the recombinase of Escherichia coli, was analyzed in detail first, so there is still much to learn about Rad51, the recombinase of eukaryotes.