Message of appreciation to supporters of Kumamoto Earthquake Relief Fund

Tokyo Institute of Technology and the Tokyo Tech Alumni Association would like to express their sincere appreciation to all those who contributed to the Kumamoto Earthquake Relief Fund.

A total of 666,008 yen, collected between April 25 and July 31, 2016, was turned over to the Japanese Red Cross Society by Fumio Honbo, executive director of the Tokyo Tech Alumni Association, and Hirokazu Kurosawa, director of Tokyo Tech's General Affairs Department, who visited the humanitarian organization's Japan headquarters on September 1.

The Japanese Red Cross Society responded by stating that all donations would be delivered and distributed to the affected areas.

Thank you again for your kind support. 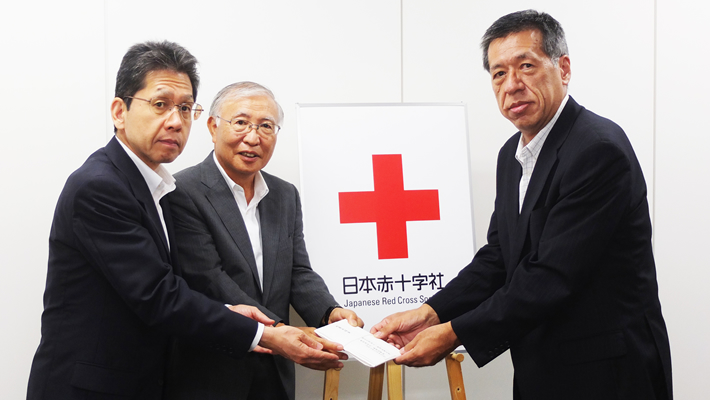