Tokyo Tech and Nanyang Technological University (NTU), which concluded an academic cooperation agreement in 2009, have engaged in various collaborative activities over the years, including student exchanges, joint research projects, and workshops.

To promote further collaboration in research, Tokyo Tech and NTU signed a supplemental Memorandum of Understanding at a ceremony held on the sidelines of a conference to mark 50 years of bilateral ties between Japan and Singapore. The event was held at the United Nations University in Tokyo on the morning of September 28. 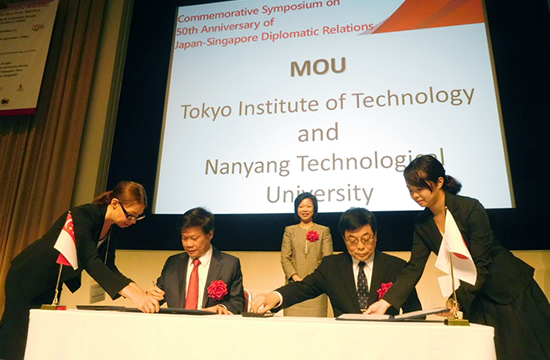 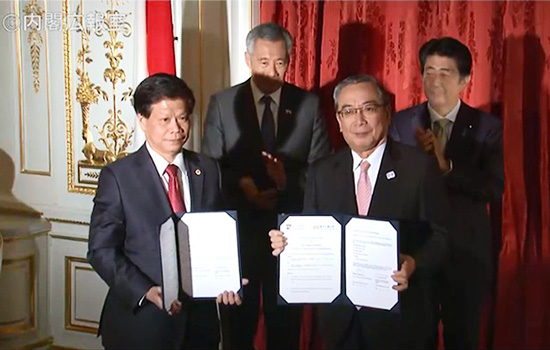 With the 2nd Joint Workshop between Tokyo Tech and NTU scheduled for November 2016, deeper collaboration in research is anticipated.