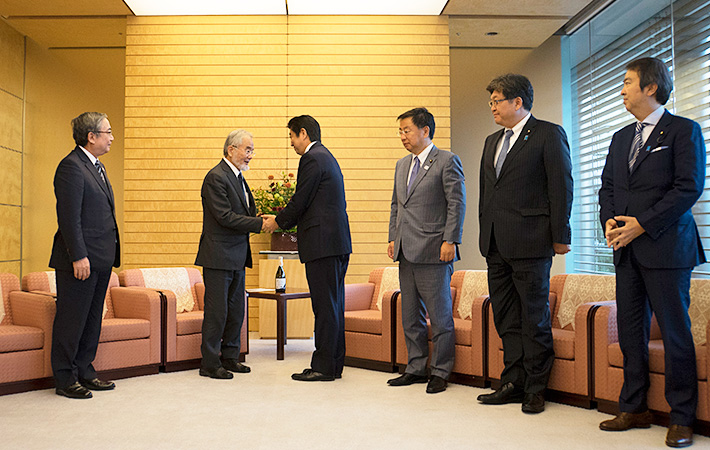 The prime minister congratulated Professor Ohsumi on winning the Nobel Prize and praised his devotion and tenacious approach to "work that is unique and doesn't follow the intellectual trends of the day," underlining the importance of fundamental research. The professor quoted Mr. Abe as saying, "the government honors the field of fundamental science and will continue to commit to the development of science and technology and academic research." 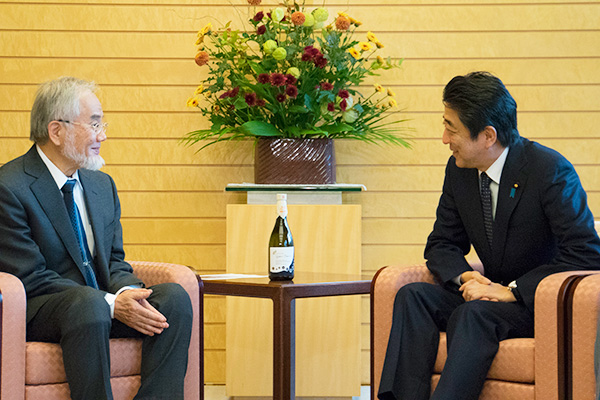 Chatting with the PM

Professor Ohsumi was also greeted by Minister of Education, Culture, Sports, Science and Technology Hirokazu Matsuno, Deputy Chief Cabinet Secretary Koichi Hagiuda, and State Minister of Cabinet Office Hirotaka Ishihara. He shared a table with the esteemed hosts and Tokyo Tech President Yoshinao Mishima, and discussed several issues including the decreasing number of students in the doctoral degree program, measures to improve the research environment for young researchers, career paths for science and technology graduates, and support for Japanese universities from domestic corporations. 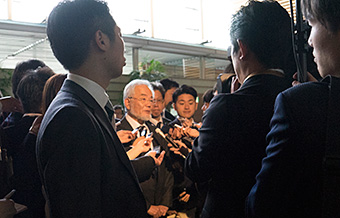 Taking questions from reporters after the courtesy call

Following the visit, he told the press corps, "The prime minister said, acknowledging the importance of fundamental science, that the government would focus more on helping to develop young researchers — it's very encouraging." Commenting on his own career, he added, "I told him how much I've learned from my 'lessons from yeast' and how the substance has been my research focus for 40 years, bringing me a great deal of pleasure and satisfaction."

As a gift to the prime minister, the professor presented a bottle of Japanese sake — a product made with yeast. The artwork on the label incorporates illustrations of how part of the cytoplasm is taken up by autophagosomes, and how autophagosomes inside the vacuoles are broken down. The design also includes the professor's signature and his credo, 'lessons from yeast.' 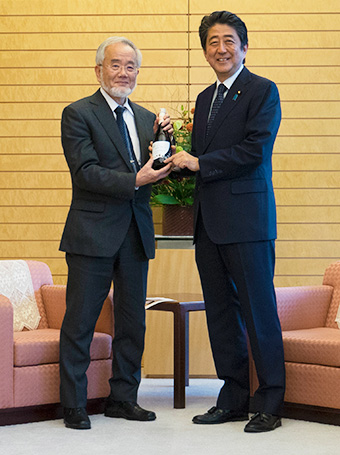 Presenting a bottle of Japanese sake 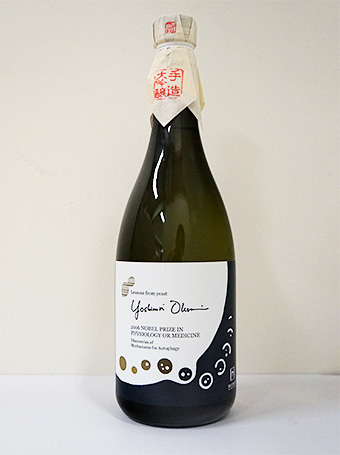