The Tokyo Institute of Technology Advertisement and Media Art Society (TITAMAS) collected an array of awards for their efforts at JPHACKS 2016, Japan's biggest hackathon.

TITAMAS also won the student category at the Mashup Awards 2016 one week later.

Walky - a smart device for supporting a person with impaired vision 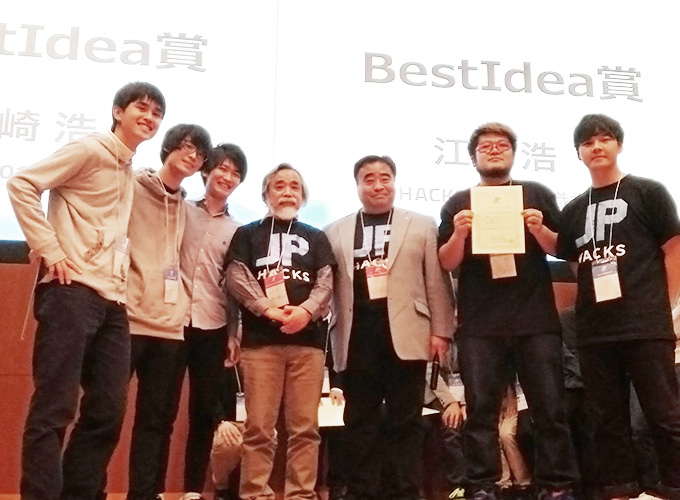 JPHACKS, Japan's largest student hackathon, is held in six cities around the country. The event's central theme is the "discovery of innovators." JPHACKS 2016, the third event of its kind, attracted a record 300 participants.

As the name suggests, the Mashup Awards involve the mixing of various devices, APIs, hardware, people, and companies in an attempt to create new, innovative products. The biggest development contest of its kind in Japan, the Mashup Awards began in 2006 and are operated by Recruit Holdings Co. Ltd.

*
This article has been updated to correct the name of team members on January 20.