Ko-suke Takahashi, a 2nd-year master's-level student and freestyle football magician, took second place at the Red Bull Street Style final held in London on November 7 and 8, 2016. The nanophotonics and atom photonics lab member, who participated in the event for the first time, was only ousted in the final round by Argentinian maestro Charly Iacono.

Takahashi, the 2016 Japan champion and 2015 Asia champion in freestyle football, headed to the United Kingdom as the sole representative of Japan for the event. A total of 34 freestyle footballers from around the world, aged 15 and above, competed for the title in typical Red Bull style, with two players taking turns to show off their skills while simultaneously on stage for three minutes. 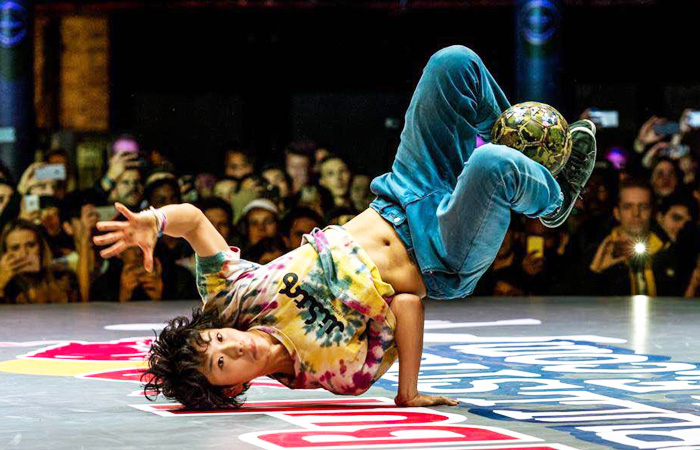 Freestyle football is the art of self-expression with a football, involving a variety of tricks with any part of the body. Performances often start with some keepie uppie using the feet, head, and other parts of the body, and then progress into tricks incorporating dribbling techniques, tricks while seated on the ground, and acrobatic dance moves, all the while keeping the football off the ground.

Takahashi also attempted to break the world record for most touches of a football with the soles in one minute in August 2016. He succeeded, achieving 299 touches and beating Dutchman Leon Walraven's record of 270 touches from June 2015. This record has since been reclaimed by Walraven with 340 touches. 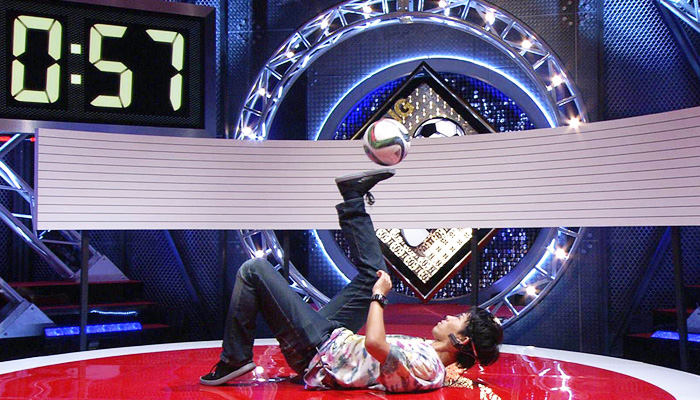 Takahashi attempting world record for most sole touches in one minute

I have had my eyes on the world stage of freestyle football since high school, and I am thrilled with this result. This year, only one representative from each country was accepted into the competition, so everyone came to give the performance of their lives and I think we could all really feel the pressure. I feel we were truly tested as both athletes and entertainers.

The temporary Guinness World Record for sole touches was pretty sweet too, but more importantly I was able to spread the word about freestyle football by performing it on TV. I hope this article also reaches new audiences and gets more people involved in the sport.