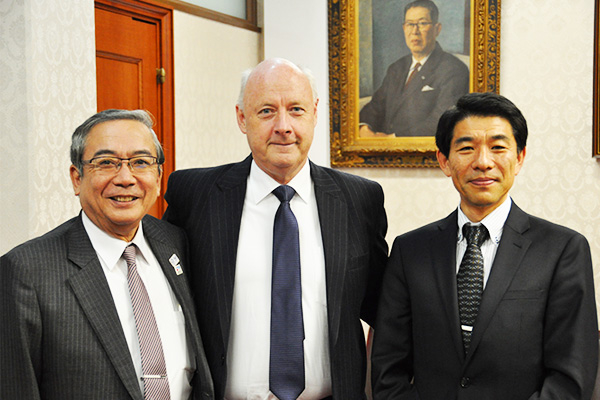 After greeting the ambassador, Mishima shared a brief overview of Tokyo Tech in which he highlighted the education reforms launched in April 2016, Tokyo Tech's cooperation with industry, and key research areas promoted by the Institute. Svane asked about the background of the changes to the education system and the inclusion of innovative learning. Mishima explained that under the new system, students are able to progress through the curriculum based on achievement rather than year of study, allowing them more time to engage in internships or study abroad before graduation. Similarly, the Institute is promoting innovative learning to encourage each student to assume a more pro-active role in his or her education.

After introducing some of the Japanese companies operating in Denmark and touching on the strengths of Danish universities, the ambassador described collaborative activities between Japanese industries and universities and research institutes in Denmark. Svane, Mishima, and Ohtake then discussed academia-industry collaborations and university collaborations involving student and research exchanges. Noting that 2017 marks the 150th anniversary of Japan-Denmark diplomatic relations, Svane commented that his embassy hoped to continue promoting ties between the two countries. 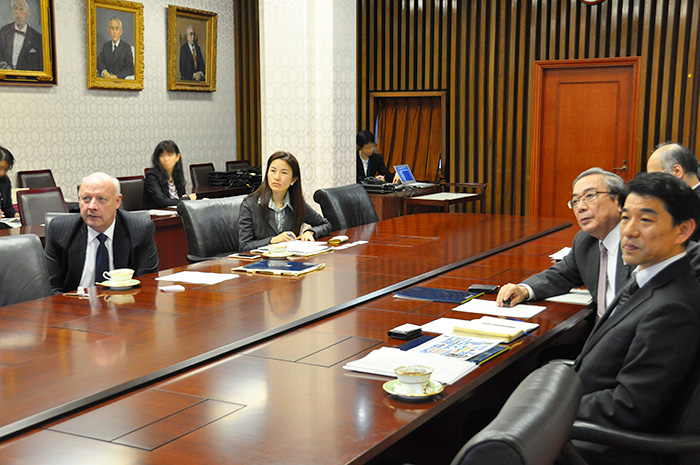