Tokyo Tech's futsal team finished their AY2016 season second in the 1st Division of the FFC College Futsal League with 9 wins and 2 losses. The second place finish was an excellent result just one year after the team achieved promotion to the top flight. 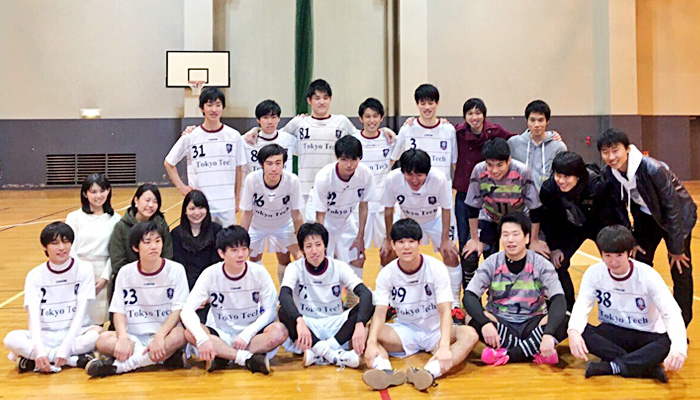 The FFC College Futsal League, the biggest of its kind in Japan, includes 56 teams from over 37 universities and colleges in the Kanto region. In the season's last game against already crowned champions Waseda University on December 27, 2016, Tokyo Tech showed great tenacity and skill to win 4-3, wrapping up a tough nine months and earning second place ahead of the University of Tokyo.

We have all experienced blood, sweat, and tears in the past year, and I am very glad that we were able to produce a decent result. We will continue to improve as a team and aim for victory next year.