Scientists at Tokyo Medical and Dental University and Tokyo Institute of Technology have disclosed a mechanism explaining why some brain tumor cells escape photosensitive detection and proposed a method to increase its sensitivity.

The resistance of many cancers to therapy is attributed to the presence of cancer stem cells with high tumorigenic capacity, which accounts for cancer recurrence and spread after treatment. Therefore, timely detection and eradication of cancer stem cells are critical for survival of cancer patients.

Photodynamic diagnosis (PDD) is a procedure targeting malignant cells which selectively accumulate a light-sensitive agent, and, after irradiation with blue light, emit red fluorescence used to identify and surgically remove them. However, although the method showed promise, especially for malignant brain gliomas, its widespread application is hindered by heterogeneous response of cancer cells.

Together with scientists from Tokyo Medical and Dental University, Associate Professor Shun-ichiro Ogura and colleagues at Tokyo Tech showed that the limited success of PDD in gliomas could be attributed to the presence of glioma stem cells (GSCs). Glioma cells showed significant variation in their reaction to 5-aminolevulinic acid, a naturally occurring precursor of photosensitive protoporphyrin IX (PpIX) and a next-generation PDD agent. By sorting glioma cells, the researchers found that the heterogeneity was mostly due to GSCs, the majority of which did not exhibit PpIX fluorescence and, consequently, could not be visualized and eliminated. 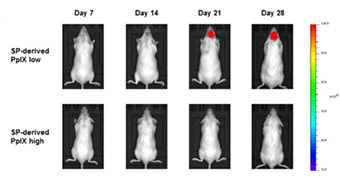 Figure 1. Representative IVIS images of tumor acquired at day 7, 14, 21 and 28 after transplantation were displayed.

Importantly, non-fluorescent GSCs were highly tumorigenic, forming rapidly progressing tumors when transplanted into the brain of mice while fluorescent cells did not, indicating that a subset of highly malignant GSCs escaping PDD is responsible for cancer relapse and metastasis.

But what is the molecular mechanism underlying poor sensitivity of GSCs to PDD? The scientists found that it was due to accelerated metabolization of PpIX because of increased expression of an enzyme heme oxygenase-1 and fast iron utilization. However, iron removal by an iron chelator deferoxamine restored PpIX accumulation in GSCs and enhanced their fluorescence (Figure.2), suggesting that this approach can be useful in improving PDD of highly tumorigenic GSCs, leading to their removal and prevention of tumor recurrence. 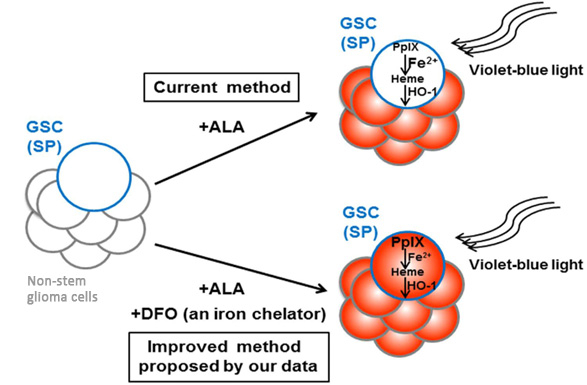 Figure 2. A summary of the improved method for 5-aminolevulinic acid (ALA)-based PDD of glioma stem cells.
Low PpIX accumulation (no fluorescence) in ALA-treated GSCs is due to accelerated iron-dependent conversion of PpIX to heme because of increased HO-1 expression. Iron chelator deferoxamine (DFO) restores PpIX levels (fluorescence) in ALA-treated GSCs, improving their detection.

This study is the first to propose that iron chelation could be used to enhance the efficiency of PDD. As deferoxamine is the only iron-specific chelator approved for clinical application, the proposed method could be quickly translated into medicine and help in the eradication of invasive GSCs and effective treatment of brain cancers.