Professor Hideo Hosono of the Laboratory for Materials and Structures, Institute of Innovative Research, concurrently the director of the Materials Research Center for Element Strategy, was selected on May 5 as a new Foreign Member of the Royal Society of the United Kingdom. 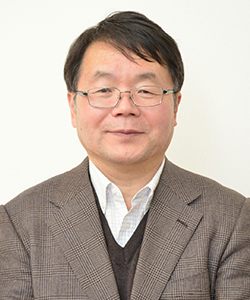 Coinciding with the emergence of modern science, the Royal Society was founded in 1660. Chaired in the past by pioneers such as Sir Isaac Newton, the world's oldest scientific academy today leads academic societies at the forefront of scientific discovery. Fellowship is regarded as one of the greatest honors for British scientists.

Every year, the Royal Society elects up to 52 new Fellows and up to 10 Foreign Members for their outstanding contributions to science. In 2017, Hosono and nine others, including two Nobel Prize winners — 2005 Chemistry Laureate Professor Robert Grubbs and 2013 Physiology or Medicine Laureate Professor Thomas Sudhof — were elected as Foreign Members. Preceded by scientists such as Dr. Hideki Yukawa and Dr. Noyori Ryoji, Hosono is the twelfth Japanese citizen to receive membership. His contributions to the field of materials science through the discovery and creation of new materials such as IGZO-TFT, an oxide semiconductor, iron-based high temperature superconductors, and stable electrides continue to be highly evaluated.

The Admissions Day ceremony will be held at the Royal Society in London on July 14, where other recently elected scientists will join Hosono.

When I was invited to a symposium sponsored by the Royal Society about 15 years ago, I noted the distinguished scientists that made up the successive generations of Fellows, and I could feel the long tradition of scientific research. I am honored to have been elected as a Foreign Member this time. I would like to thank the Fellows who gave me their recommendation and the committee members for their selection.