Cyberbrains, walking tanks, and prosthetic bodies. The Ghost in the Shell universe of 2029 is fast approaching, and Tokyo Tech researchers are making it happen.

The Suzumori-Endo Lab of the School of Engineering received the 2016 Ghost in the Shell Realize Project award in the robotics category for the development of their flexible artificial muscle. An award ceremony was held on March 25 at AnimeJapan 2017, one of the world's largest animation conventions, where Professor Koichi Suzumori of the School of Engineering, 1st-year doctoral student Shunichi Kurumaya, and 1st-year master's student Ryusuke Morita collected their accolades. 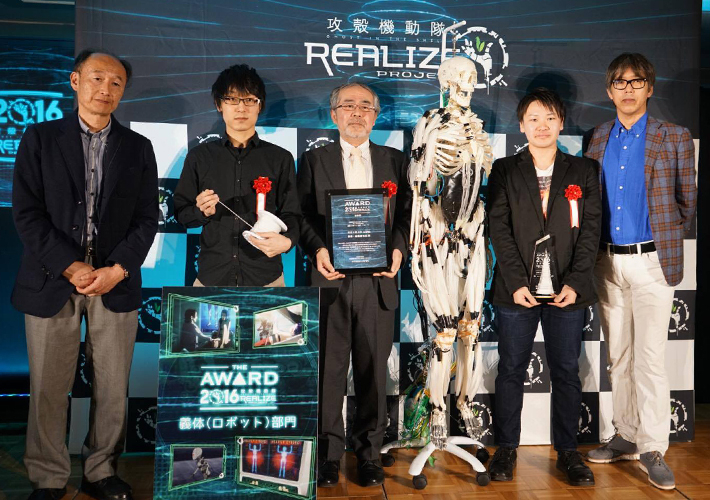 Ghost in the Shell Realize Project

At the awards, Japanese technologies most closely resembling those used by the "mobile armored riot police," the central characters in the series, were selected from the creations introduced on the project's website and SNS pages between April 2016 and February 2017. Based on a variety of data, judges selected winners in two categories — artificial intelligence and robotics — as well as the winner of the Judges' Special Award. 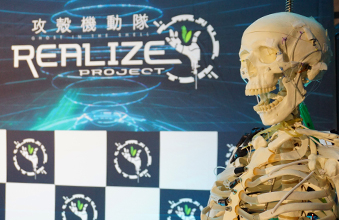 Research on thin, flexible artificial muscle carried out by Professor Koichi Suzumori and his team has been highly evaluated. Based on the results of this research, s-muscle Co., Ltd., a venture company originating from Tokyo Tech and Okayama University, was founded in 2016. The company utilizes weaving and bundling of artificial muscle fibers, making possible the creation of various forms of muscle that can be widely utilized, for example in support suits and corsets that are light, soft, comfortable. The company also anticipates use in new robots and other assistive equipment that are in direct contact with humans. 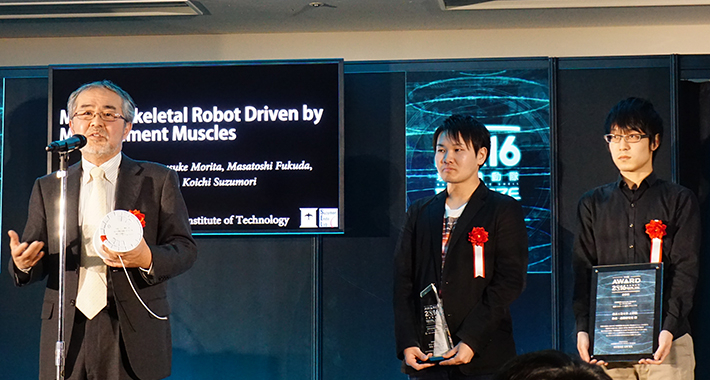 Science fiction animation is a strong driving force behind robotics research. I am thrilled that our research has been highly evaluated by those associated with Ghost in the Shell, which has many dedicated fans. This has encouraged me to further accelerate my studies regarding the application of artificial muscle to robotics.

Ghost in the Shell is the epitome of science fiction animation, and my research was highly evaluated in this context. Being from a generation that grew up with animation and games, I am extremely pleased to receive this award. I want to continue to engage in robotics research that everyone can relate to, and is exciting, novel, and practical.

I love science fiction robots and chose to pursue robotics research to realize my ambitions in this genre. I am honored to receive such an award. Although there are still many tasks ahead, I will continue to work hard so that I can solve existing issues one at a time.

Ghost in the Shell

Ghost in the Shell, also known in Japan as Mobile Armored Riot Police, was originally a manga written and illustrated by Masamune Shirow. First serialized in 1989, it tells the story of a counter-cyberterrorist organization in the mid-21st century of Japan, a world where technology allows people to possess cyberbrains and replace body parts with prostheses. The success of the original spawned a media franchise with the same name, leading to five animated films and three animated TV series in Japanese, several video games, and an American live-action movie released in March 2017. According to Production I.G, Inc., the animation studio responsible for Ghost in the Shell creations, a new Japanese film is on its way.