Tokyo Tech's Fundamental Biology Science Class, a regular public workshop providing mainly elementary, middle, and high school students with hands-on science experiences, was held on March 26 at Ookayama Campus by the School of Life Science and Technology. Entitled "The theory of evolution and altruistic behavior: Would you help someone in need?" and supported by the Tokyo Tech Fund, the March 2018 session was specifically aimed at high school students. 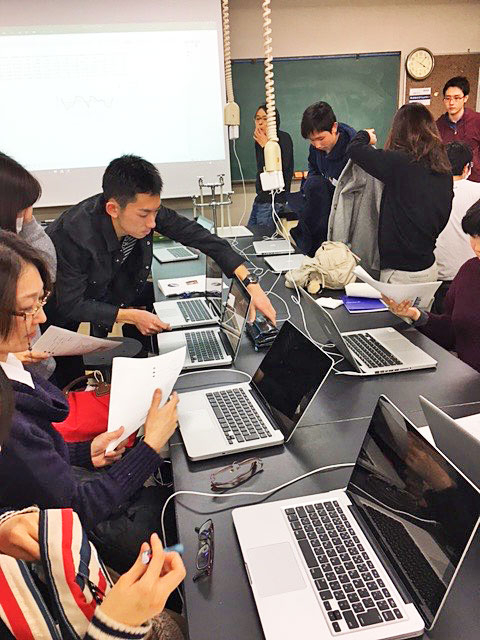 When an organism's actions benefit others at a cost to itself, it is said to behave altruistically. From a biological viewpoint, benefit is measured by the number of offspring an organism can potentially leave behind. This benefit - referred to as "fitness" by biologists - decreases with altruistic behavior, which researchers struggle to justify with the traditional Darwinian theory of natural selection. The Science Class participants examined how theories in contemporary evolutionary biology can help explain this seemingly disadvantageous behavior.

Kin selection1 and multi-level selection2 are two evolutionary biology theories that attempt to shed light on the existence of altruistic behavior. In addition to studying these theories and examining different examples of altruism, participants utilized the Hawk Dove game3, based on evolutionary game theory, to deepen their learning about Darwinian competition and the Prisoner's dilemma4. 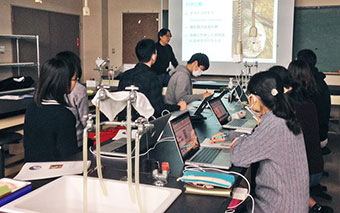 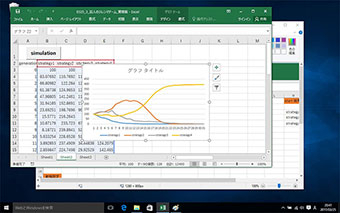 Using computer simulations, participants were further able to confirm that the theory of evolution fails to explain altruism. By inputting various conditions into these simulators, students were then able to test out different evolutionary strategies, learning that certain circumstances left room for altruistic behavior, while others prompted selfish action. In the end, participants created their own strategy based on what they had learned, testing them against each other through the Hawk-Dove game to reveal who had created the most adaptable one.

The March 2018 session provided a challenging yet entertaining way to study the basics of evolution and altruistic behavior. Organizers of the Fundamental Biology Science Class look forward to providing more learning opportunities to the public - particularly for elementary, middle, and high school students.

1
An evolution strategy whereby an organism's behavior benefits the fitness of its relatives, allowing stochastic interpretations of the evolution of altruistic behavior. Social insects such as honeybees typically exhibit kin selection.
2
Considered a renewed version of the traditional theory of group selection, multi-level selection suggests that even if behaviors that benefit others are disadvantageous on the individual level, they might still evolve if they are advantageous at a higher or lower level of the biological hierarchy.
3
A well-known model of conflict in game theory where two players with different strategies (selfish hawk or altruistic dove) compete for the same resource. Both players benefit if one player yields, but the optimal choice depends on what the opponent does.
4
A model suggesting that choosing the optimal individual strategy will lead to a worse result for both parties. Altruistic behavior rather than blind pursuit of self-interest often maximizes benefits.

*
This article was updated on July 3 (error in Contact)