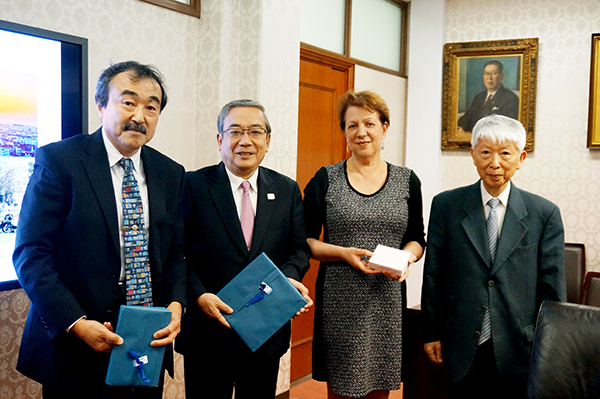 After a brief overview of Tokyo Tech's education and research reforms, cooperation with industry, and international student exchange programs by Mishima, Florentz expressed interest in Tokyo Tech's liberal arts courses, which are provided up through doctoral programs. The framework for Tokyo Tech's research reform — the Institute of Innovative Research (IIR) — and both Unistra's and Tokyo Tech's dual degree programs were also points of discussion.

Florentz then explained the history and major research domains of Unistra. The institution, founded in 1538, was divided into three universities in 1971, each of which was dedicated to science and technology, arts and humanities, or social sciences. The three universities merged again in 2009. Currently, Unistra counts 48,000 students on 4 campuses, offering studies in 4 major academic fields through 37 departments. Unistra is an awardee of Initiatives d'excellence (IDEX), a French national initiative to promote the development of world-class multidisciplinary centers of excellence in higher education and research.

After their meeting with Mishima and Ando, the delegation moved to the Earth-Life Science Institute (ELSI) for an overview of the strategic research hub by Director Kei Hirose. The delegation then participated in a tour of ELSI's facilities led by Associate Professor Shawn McGlynn.

Tokyo Tech and Unistra concluded a university-wide cooperation agreement in 2004. 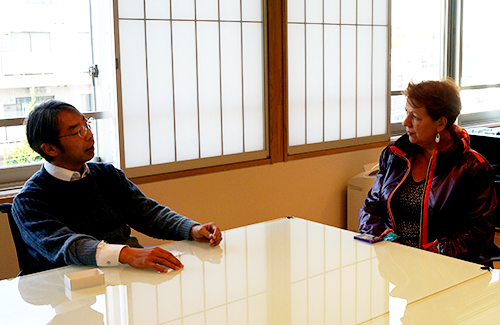 *
This article has been updated to correct a typographical error on July 4.