The supercomputers at the National University Corporation, Tokyo Institute of Technology (Tokyo Tech) and the National Research and Development Corporation, National Institute of Advanced Industrial Science and Technology (AIST) have been ranked 1st and 3rd, respectively, on the Green500 List1, which ranks supercomputers worldwide in the order of their energy efficiency. The rankings were announced on June 19th (German time) at the international conference, ISC HIGH PERFORMANCE 2017 (ISC 2017), in Frankfurt, Germany. This achievement was made possible through the AIST/Tokyo Tech Real World Big-Data Computation Open Innovation Laboratory (RWBC-OIL), which was established on February 20th this year, headed by Director Satoshi Matsuoka.

The TSUBAME 3.0 supercomputer of the Global Scientific Information and Computing Center (GSIC) in Tokyo Tech will commence operation in August 2017; it can achieve 14.110 GFLOPS2 per watt. It has been ranked 1st on the Green500 List of June 2017, making it Japan's first supercomputer to top the list.

The AIST AI Cloud (AAIC) supercomputer of the Artificial Intelligence Research Center (AIRC) at AIST commenced operation in April 2017. AAIC has achieved 12.681 GFLOPS per watt and is ranked 3rd on the Green500 List. 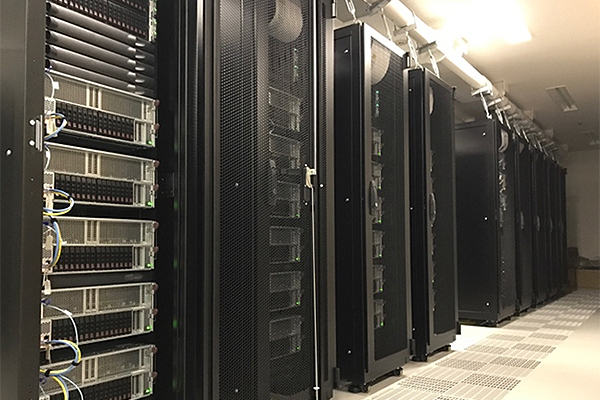 TSUBAME 3.0 is the successor to the TSUBAME 2.0/2.5 supercomputer, which has been operating as "Everyone's supercomputer" to support research and development for academic, industrial, and government institutions in Japan since 2010. SGI—now Hewlett Packard Enterprise—and NVIDIA and their subcontractors along with Tokyo Tech conduct the design, development, and preparation of TSUBAME 3.0. TSUBAME 3.0 has the following features:

The research and development of this system was supported by the MEXT-funded projects "Ultra-green Technology for Supercomputer and Cloud Computing Infrastructure" and "Promotion of Research Towards Energy Optimization of Supercomputer and Cloud Computing Infrastructure for the Realization of a Smart Community." Owing to the contributions made by these projects, the testbed system TSUBAME-KFC6 topped the Green500 list for two consecutive years, 2013 and 2014. TSUBAME 3.0 has inherited the high-temperature liquid cooling technology developed for TSUBAME-KFC.

The AAIC is a shared computing platform for AI and big data. It was introduced as a part of the supplementary budget of 2015 for "Infrastructure Project to Accelerate Research and Development in AI and IoT" in order to accelerate the research, development, and demonstration of AI and IoT technologies by various businesses. AIRC conducted the design and development of AAIC at AIST, adopting the solutions provided by NEC and NVIDIA through competitive bidding. AAIC commenced operation in April 2017, and it has the following features:

The design of AAIC is supported by the technology developed through RWBC-OIL and the collaboration between Tokyo Tech and AIST.

This achievement is the result of a long and diverse collaboration between the two institutions on research on the energy efficiency of large scale computing. The work at Tokyo Tech was also supported by basic research projects such as the JST-CREST "Extreme Big Data - Convergence of Big Data and HPC for Yottabyte Processing" and "ULP-HPC: Ultra Low-Power, High Performance Computing via Modeling and Optimization of Next Generation HPC Technologies," and also by collaboration with NVIDIA through the CUDA Center of Excellence for several years, leading to the development of an energy-efficient HPC system with state-of-the-art GPU technology. The work at AIST was supported by the NEDO "Research and Development of Green Network System Technology" for the application of server operation technology based on power monitoring. With the establishment of RWBC-OIL, the sharing of information on GPU-based computational platforms between the institutions increased, leading to the development of production systems with the highest energy efficiency in the world.

These findings will be used to construct the AI Bridging Cloud Infrastructure (ABCI)7 to be installed at AIST in 2017. Through RWBC-OIL, the two institutions will continue to work on better system integration for big data applications and big data analytics, by utilizing TSUBAME 3.0 and AAIC. Challenges encountered during the operation of these machines will be used to advance hardware design. Driven by the integration of technologies between the two institutions, research at RWBC-OIL will help develop the infrastructure for real-world big data applications and energy efficient solutions for big data processing, including AI.

Flops (FLOPS or Floating Operations per Second) is a primary performance index that indicates how many floating-point calculations are performed in 1 s by a given computer. Mega, giga, tera, and peta are prefixes indicating multipliers, and they indicate 10 raised to the 6th (million), 9th (billion), 12th (trillion), and 15th (quadrillion) powers, respectively.

They were originally designed to accelerate graphics applications, but their capability for general purpose computing has increased, and GPUs have recently been used as general purpose processors in high-performance computing.

A test system similar to TSUBAME for experimenting with energy efficiency. It employs oil-immersed cooling. It was ranked 1st in the Green500 List in November 2013 and June 2014.

It is a cloud system that is planned to be installed in AIST by the end of this year. It will have similar energy efficiency as TSUBAME 3.0 and is expected to have one of the highest AI processing powers while remaining the most energy-efficient system in the world.