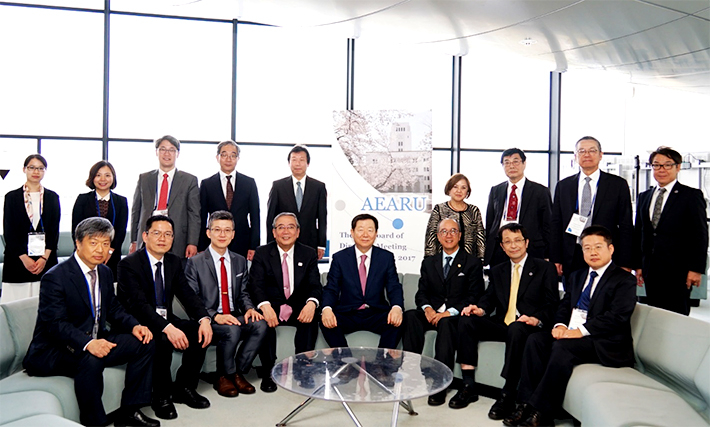 Opening the meeting, President Yoshinao Mishima noted AEARU's dual missions of enhancing higher education in East Asia and seeking joint solutions to global challenges by fostering exchanges among the region's leading universities. The association pursues these missions through activities that include research workshops, such as the 6th Energy and Environmental Workshop hosted by Tokyo Tech in 2016, and summer camps organized to facilitate development of student networks. "In addition, AEARU's annual general meetings and board of directors' meetings offer valuable opportunities for the presidents and representatives of member universities to come together to exchange ideas and opinions," said Mishima. 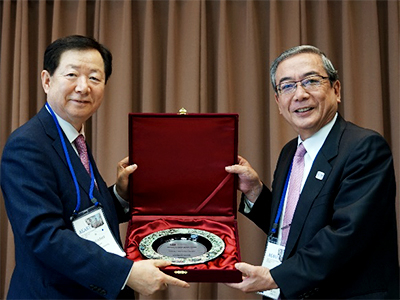 As a supplemental activity, the delegates were invited to participate in lab tours highlighting research at Tokyo Tech. Meeting with Professor Hideki Taguchi and Honorary Professor Yoshinori Ohsumi of the Cell Biology Center on Suzukakedai Campus, AEARU members engaged with the 2016 Nobel laureate in Physiology or Medicine in a lively discussion about autophagy and the value of pursuing basic research.

Professor Hideo Hosono, director of the Materials Research Center for Element Strategy (MCES), introduced the center's research activities and led AEARU delegates on a tour of the facility. Established in 2012 under the national Elements Strategy Initiative, the MCES is designated as one of Tokyo Tech's strategic research hubs. It conducts research aimed to create innovative materials from abundant elements and to promote collaborative research with industry at Suzukakedai Campus. Hosono himself is internationally recognized for his discovery of iron-based superconductors. 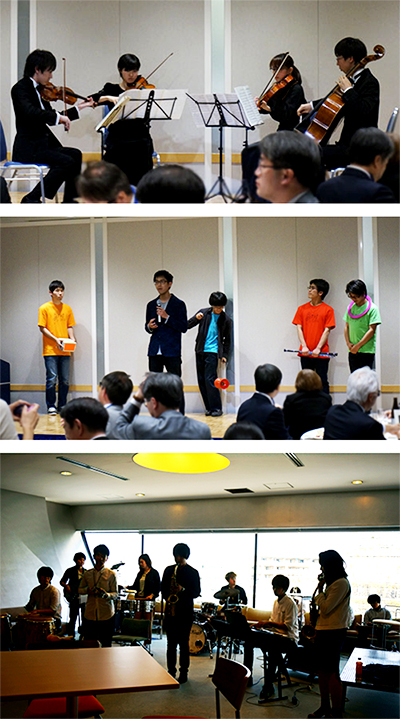 Performances by Tokyo Tech student groups added vibrancy to the proceedings. AEARU representatives commented on Tokyo Tech students' obvious enjoyment of their campus lives as they balance their studies and research activities with hobbies and other interests.

Performing at the welcome dinner on April 14, an ensemble from the Tokyo Institute of Technology Orchestra played a string quartet by Joseph Haydn.

Members of the Institute's award-winning juggling group, Jugtech, wowed the audience with techniques using batons, rings, and other props.

A member of AEARU since shortly after the consortium's establishment, Tokyo Tech's two-year term as a BOD member university will continue through 2017.

Founded in 1996 at the suggestion of HKUST, AEARU was established as a forum for discussion among the presidents of leading research-oriented universities in East Asia with the goal of promoting exchange and cooperation activities between the 18 leading universities in China, Hong Kong, Japan, Korea, and Taiwan.