Shared spirit and action central in workshop for new staff

In line with a new initiative to more actively engage all Tokyo Tech employees in the development of the Institute, the first FY2017 workshop for newly hired Tokyo Tech staff was held on June 30. Approximately 40 men and women employed in the last three years, including administrative and technical staff, joined Institute for Liberal Arts Professor and workshop facilitator Tamio Nakano to discuss their new roles and brainstorm how they can contribute to the future of Tokyo Tech. 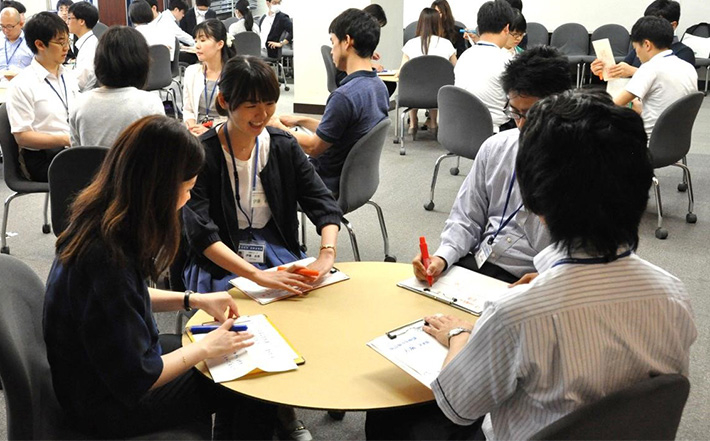 Staff members in groups of four around entakun, round cardboard tables used for brainstorming and discussion

The session began with open group discussion encouraging participants to relax, share information about themselves, and acknowledge and appreciate the diversity of their colleagues, an approach used by students during the Tokyo Tech Visionary Project. Once everyone was better acquainted with one another, the new staff members began thinking about how they can utilize their individual and group potential to build a stronger, more effective Tokyo Tech. 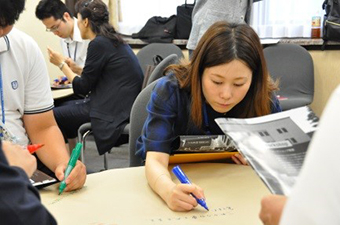 In the latter part of the workshop, participants were introduced to "Tokyo Tech 2030," a statement declaring the Institute's shared vision for the future, which was formulated as a result of workshops involving students, staff, faculty, and management in late 2016 and early 2017. Participants read the statement aloud in groups, discussed their roles in relation to its two components — spirit and action — and eventually decided on three individual actions they would take themselves to move the Institute forward. These action plans were shared during "walking presentations" in which division heads and other administrative leaders also participated. 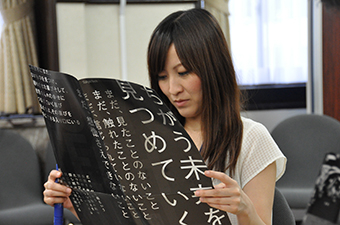 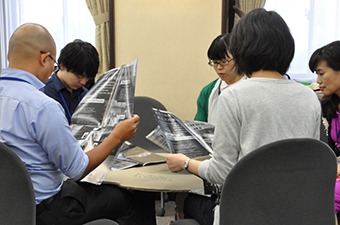 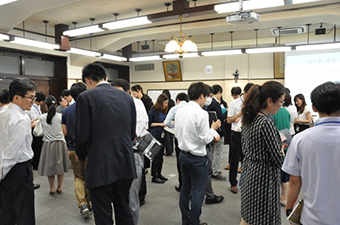 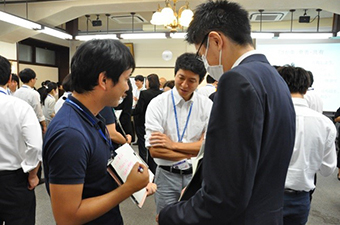 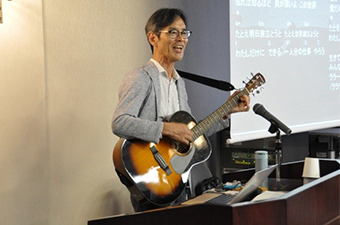 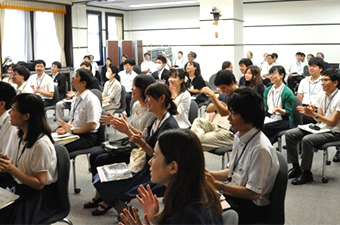 The motivating afternoon ended with Nakano performing "While I'm alive," a song composed and written by the professor himself.

An alternate future
The Tokyo Tech 2030 statement, consisting of spirit and action, formulated in a series of workshops by members of the Tokyo Tech community