On July 20, second-year Chemical Engineering student Jiyun An received the Award of Excellence for a radio ad he created for the 2017 JFN Student Radio Commercial Contest, sponsored by the Japan FM Network Association.

The contest, which has been held annually since 2012, accepts entries from university and technical school students who are asked to create a radio commercial advertising their place of study. This year's judges included manga artist Kenshi Hirokane, copywriter Masakazu Taniyama, and creative director Michihiko Yanai.

Award-winning ads, either 20 or 40 seconds in length, are being broadcast on JFN38 radio stations for two weeks. Alternatively, listeners can also tune in on the internet radio webpage radiko or the corresponding app. 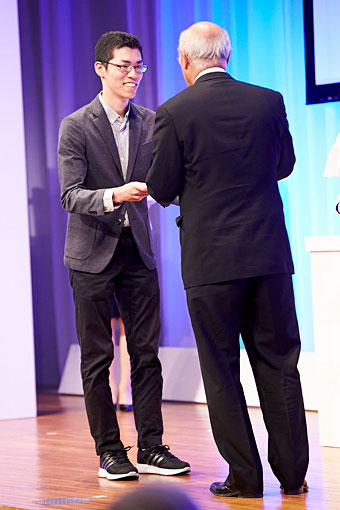 At the awards ceremony 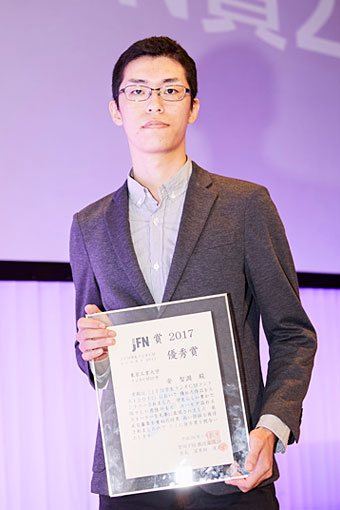 Woman : Yeah, we can connect with anyone on the internet.

Man : We have self-driving cars.

Woman : My grandpa even got a prosthetic arm!

Man : It's great to be alive at this day and age.

Woman : It really is.

Unfortunately, we are not looking for people like this.

We are not satisfied with today's technology.

Comments from winner Jiyun An

I am very pleased to have won this award. I received plenty of support from people at Japan FM Network, and I am glad that the final product satisfied the listeners. The ad is now being broadcast on the radio, so please, have a listen!