Proposal based on results of 2016 Student Survey submitted to president

Student staff recently submitted the results of the 2016 Student Survey, together with a proposal based on these results, to Tokyo Tech President Yoshinao Mishima.

The Tokyo Tech Student Survey, an online inquiry conducted every other year, provides all of the Institute's students with an opportunity to have their say on topics such as curriculum content, and campus services and facilities. Based on students' responses, a proposal is then compiled and submitted to Tokyo Tech management.

With the support of the Student Initiative Support Office, student staff carried out the survey between October 18 and November 17, 2016. A total of 1,794 students responded. Eleven student staff members then collected and analyzed the data, held discussions with relevant administrative groups, and put together a proposal for improvements to be made at the Institute. 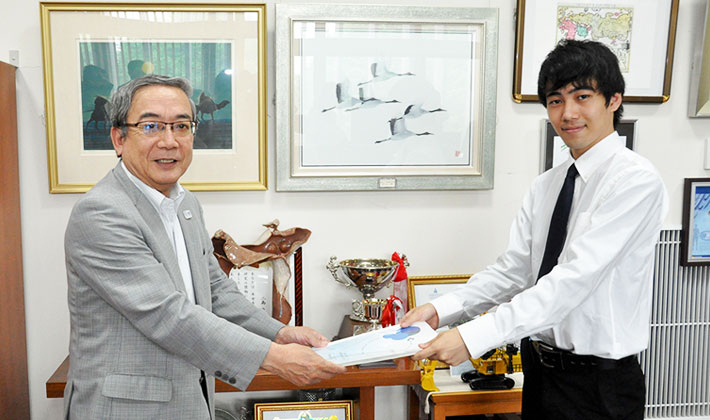 On June 28, six student staff members submitted this proposal to President Mishima and Executive Vice President for Education and International Affairs Toshio Maruyama. After an outline of the main points by the student staff representative, five other students explained specific recommendations in more detail. President Mishima responded by promising to address various issues — particularly those associated with the recent educational reforms — as soon as possible.

The proposal will be emailed to members of the Education and Research Council as well as all schools, departments, and relevant administrative personnel, and can be viewed by everyone at the library or online. 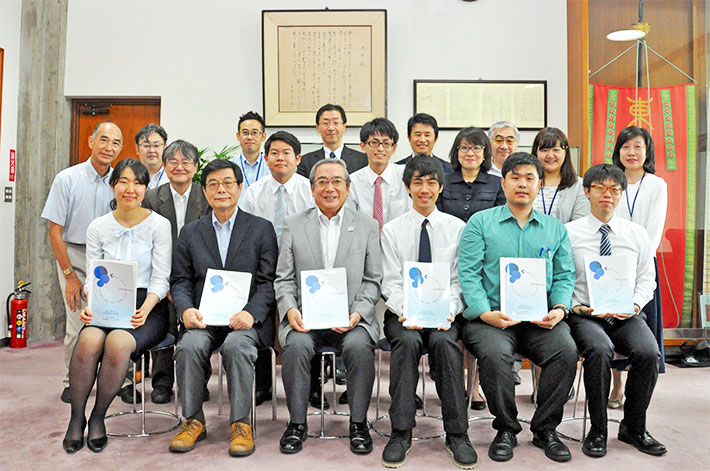