give opportunities to conduct joint research with students from different Schools and present results at poster sessions. Students research a common topic and collaborate to organize a mini-symposium at the end of each quarter, starting from the second.

Students' lecture notes and posters are included in a journal that the editorial committee edits and publishes as the Journal of Tokyo Tech Liberal Arts Mini-Symposium. Three journals (Vol. 1, No.1 to No.3), distributed within the Institute, were published in fiscal year 2016.

Twenty-three groups of four students each kicked off thigs with poster presentations. Topics included practical solutions such as method of transporting millions of meals a day in a traffic-jammed city, use of drones for safe tracking and communication after disasters, and real time disaster prevention maps using big data.

After student presentations, the instructor of these courses, Associate Professor Hironao Kaneko of the Institute of Liberal Arts, gave a brief lecture about the concept and road maps for the courses. The student chairperson then announced the start of the symposium, which included two special lectures. 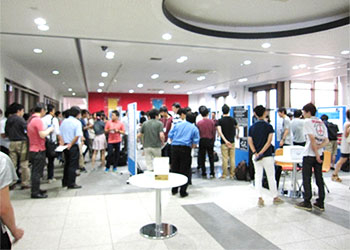 Students presenting at the poster session 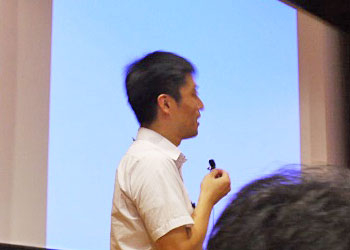 Professor Junichi Nakajima from the Department of Earth and Planetary Sciences at the School of Science continued with a talk on "Seismotectonics beneath Kanto" and examples of mechanisms and preparations for earthquakes in the metropolitan area.

Following the lectures, awards were given for presentations selected by participants and guest speakers. 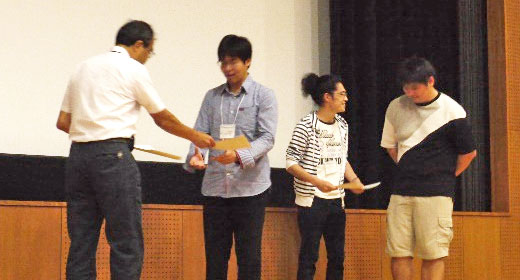 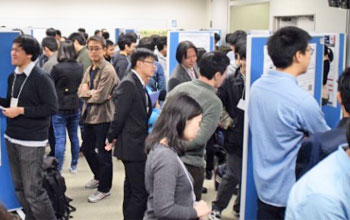 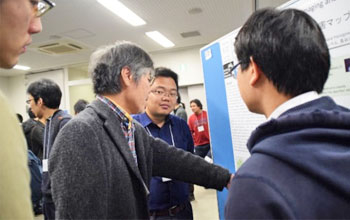 Poster sessions (left) and Dean Wada in discussion with students 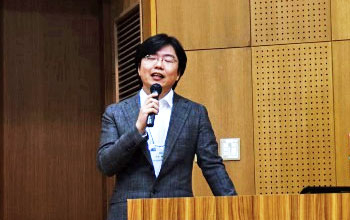 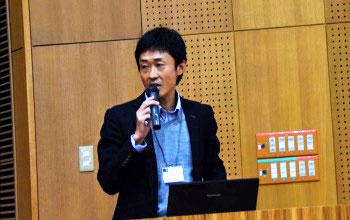 In the first lecture, Associate Professor Akihiko Terada from the School of Science spoke about "The Hazards and Benefits of Volcanoes," providing the audience with details on volcano-related disasters and research on Mount Kusatsu-Shirane.

In the second lecture, Associate Professor Yasushi Takagi from the School of Environment and Society gave a special lecture titled "Unprecedented Disasters and Rational Evacuation ? Lessons Learnt from Coastal Disaster Research for Asian Countries" and spoke about seawalls and other effective protection against storm surges and tsunamis in Asian countries. 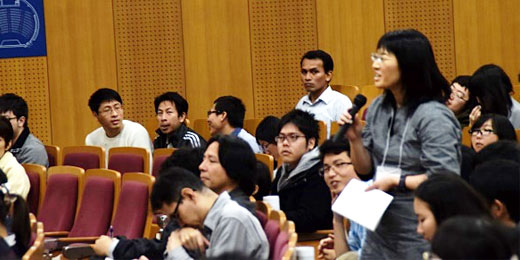 Following the lectures, awards were again given for presentations selected by participants and guest speakers. Yoshinao Mishima, president of Tokyo Tech, awarded the Presidential Award to a student group examining the "Advantage and disadvantage of loss of memories on identity on emergency scenes."

After poster presentations by twenty-seven groups of four students to start this symposium, participants attempted to use ICT systems such as Skype to prepare for future international conferences where overseas researchers would be invited as special lecturers. Following this, the student chairperson announced the start of symposium. Three special lectures were given.

In the first lecture, Specially Appointed Assistant Professor Miwa Abe from Kumamoto University's Center for Policy Studies spoke via Skype on the topic of "What We Could Do at an Evacuation Center in Our University: Lessons Learned from Kumamoto Earthquake 2016," and reported on the experience of managing refugees in the Kyushu-based university following the tremors.

In the second lecture, Associate Professor Hiroyasu Yuhashi from Shizuoka University's Faculty of Informatics, Department of Behavior Informatics, gave a special lecture titled the "Effect of Evacuation from Nuclear Disaster to Local Society" that discussed the evacuation of people and local government response to the Fukushima nuclear incident that resulted from the Great East Japan Earthquake.

In the third lecture, Dr. Hiroshi Okazaki M.D. from the Japan Organization of Occupational Health and Safety at Kanto Rosai Hospital spoke about "The Role of Medical Institutions in the Event of a Disaster" and the importance of emergency rescue.

A Q&A session via Skype resulted in a lively discussion between students and Abe of Kumamoto University. 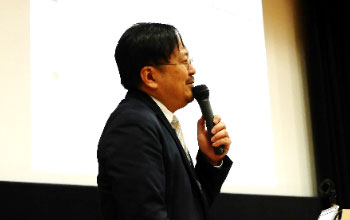 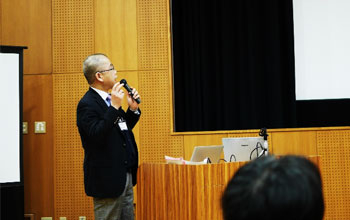 After the special lectures, Professor Tetsuya Mizumoto, vice president of Tokyo Tech, addressed the attendees and, along with Professor Yuji Wada, Dean of the School of Materials and Chemical Technology, presented special awards to selected poster presentation groups. The Tokyo Tech Award went to a group planning a "Low Cost Delivery Robot in Daily Life and Emergency Cases." 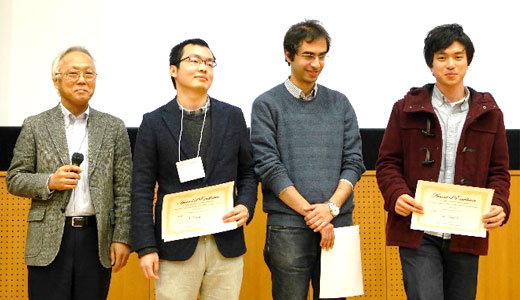 At the closing of the third mini-symposium, as with the two previous sessions, students and staff held a closing ceremony known as ‘Shake Hands with All.' A reception prepared by students was then held for guest lecturers and Tokyo Tech alumni.

‘Shake Hands with All'