Team Maquinista, Tokyo Tech's representatives from the Society for the Study of Robotics student club, finished in the top four at the 2017 ABU Asia-Pacific Robot Contest

held in Tokyo on August 27. 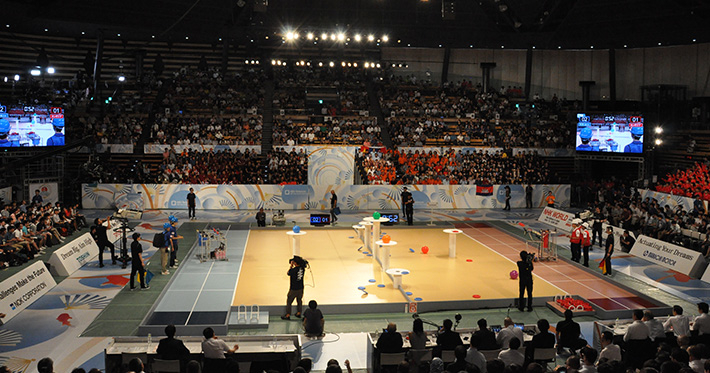 Game on at Ota City General Gymnasium, with Tokyo Tech in blue

The theme of the Asia-Pacific contest, which began in 2002, changes every year depending on the host nation. The 2017 theme was "The Landing Disc," inspired by the traditional Japanese fan-tossing game of tosenkyo.* Two teams at a time competed for three minutes on a field with seven spots at varying heights and distances, with a ball resting on each spot. Each robot threw a maximum of 50 soft discs from the throwing area to displace the balls and land discs in their place. Discs that landed on empty spots counted in the score, and multiple discs in one spot were allowed. If a team landed discs on all seven spots, they achieve appare (Japanese for "admirable"), and immediately won the game. 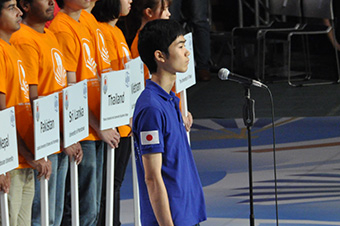 Kosuke Tani at the opening ceremony

At the opening ceremony of the ABU Robot Contest, Kosuke Tani (3rd year, Mechano-Aerospace Engineering), a key member during Tokyo Tech's victory at the NHK Robot Contest in June, took the player's oath. A total of 19 teams from 18 countries and regions took part in the preliminary rounds. Maquinista achieve appare in both of its bouts, finishing second in the qualifiers.

In the quarterfinals, Tokyo Tech faced Tribhuvan University from Nepal, who finished seventh in the preliminaries. At 1 minute 41 seconds, Tokyo Tech had only one spot to fill to achieve appare, but ran out of disks. It was a tense wait until the full 3 minutes was up, but Maquinista held on to win 10-4.

In the semifinal, Tokyo Tech faced Lac Hong University from Vietnam, who had already shown flashes of brilliance with a 44-second appare earlier in the day. Maquinista started out well with 4 points, but the Vietnamese team suddenly strung together a 34-second appare, setting a new competition record. Team Maquinista's quest had very suddenly come to an end. The team was awarded the 2nd Runner-Up award for their top-four finish. 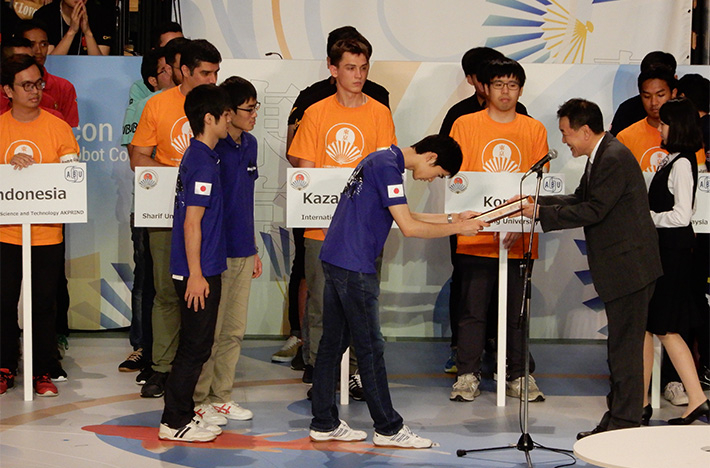 The final was a showdown between two teams of pure quality — University Teknogi Malaysia, who had achieved two consecutive appare in 44 seconds, and Vietnam's Lac Hong University, who beat Tokyo Tech in the semifinal in a record time of 34 seconds. Hordes of supporters from both Southeast Asian countries were present to cheer on their teams. It was again Lac Hong University's day, who achieved appare in 1 minute 20 seconds, securing their sixth victory overall.

Takahiro Ishihara, Society for the Study of Robotics Head

We came here to win, but in the end we could only manage a top four finish. In the semi-final, we lost to Lac Hong University from Vietnam, who were incredibly fast. They were truly an admirable enemy.

The preliminary round against strong opponents from various countries was very tough, but also very stimulating. I am slightly disappointed that we did not make it to the final, but we pushed our robot's performance to the limit, so I have no regrets.

The rules of next year's NHK contest have already been announced. The Micromouse Contest is coming up in November. I look forward to these contests, and hope that many of you follow the activities of the Society for the Study of Robotics.

We finished in the top four of the ABU Robot Contest. Looking back at the test run on the day before the contest, I have to say that all team members did a very good job. We were able to experience the fierce competition on the international stage, and I hope this will serve as motivation for younger students so they can win the NHK Robot Contest again next year. All in all, it was a great final year for me as a robot contest participant. 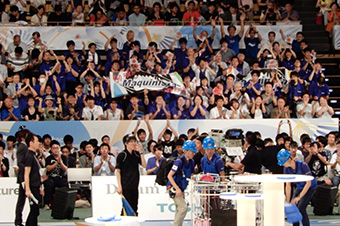 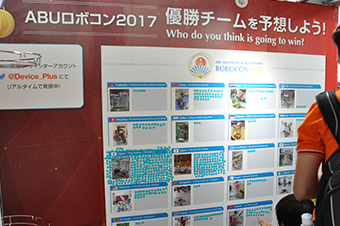 Many predicted a Tokyo Tech victory before the contest