Scientists at Tokyo Institute of Technology (Tokyo Tech) have discovered that both bony and cartilaginous fish develop their appendages via a shared mechanism—the mechanism is also observed in land-dwelling vertebrates such as mice. They found the fin muscles of cartilaginous are formed by muscle precursors expressing Lbx1 expression, a gene that coordinates limb-muscle formation. This work revisits some related evolutionary hypotheses using a molecular biology approach and provides new insights.

The development of limb muscle has been well studied in most land dwelling vertebrates such as humans and modern research models. In these species, muscle precursors, or cells that will form limb muscle, travel to the limb bud, a location in the developing embryo where they multiply and form muscle tissue under the control of genes that coordinate limb- muscle formation, such as Lbx1. It has been shown that this mechanism of development is shared with bony but not with cartilaginous fish.

The study, "Migratory appendicular muscles precursor cells in the common ancestor to all vertebrates", published in Nature Ecology & Evolution, was a collaboration between several centers in Japan and Spain, namely Tokyo Tech, RIKEN Center for Life Science Technologies, the University of Tokyo as well as the Center for Genomic Regulation and Universitat Pompeu Fabra. Using catshark embryos as their research model, the investigators confirmed that Lbx1-positive cells are found in cartilaginous fish fin as well as in hypobranchial (pertaining to the segment below the gills) muscles, and that these are formed via the mechanism that has been established in land dwelling vertebrates as well as in bony fish.

In addition to Lbx1, Mikiko Tanaka at Tokyo Tech and team found other genes that are involved in fin muscle formation in cartilaginous fish, including Pax3 and Myod, both of which are found in cells that become limb muscle mass, thereby demonstrating that the expression of these genes is conserved in such fish and not just in land-dwelling vertebrates and bony fish as assumed till date.

They point out that even though this is a new finding in the context of evolutionary development of land-dwelling vertebrates and fish, further studies are needed in order to address the details of developmental systems of migratory muscle precursor cells in limb and hypobranchial muscle formation. This would be especially important prior to the assessment of the molecular functions of these cells. Moreover, additional investigations on older fish species as well as on other key molecules during muscle development are warranted to further expand current research. 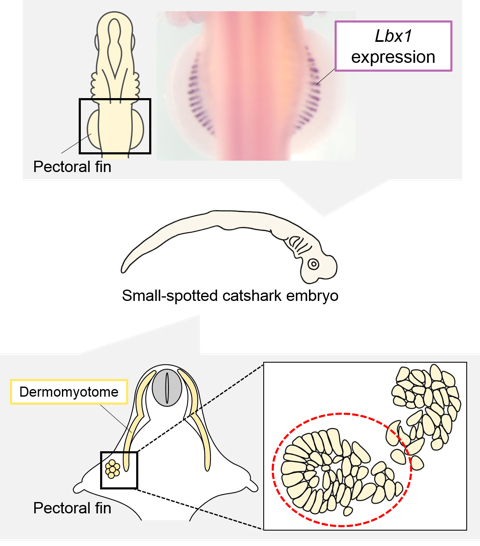 Figure 1. Location of Lbx1 expression in the catshark embryo

Lbx1 expression has been found in the dermomyotome (top), the developmental layer that gives rise to cells that form limb muscles (bottom left), or in this case, pectoral fins of the catshark embryo. 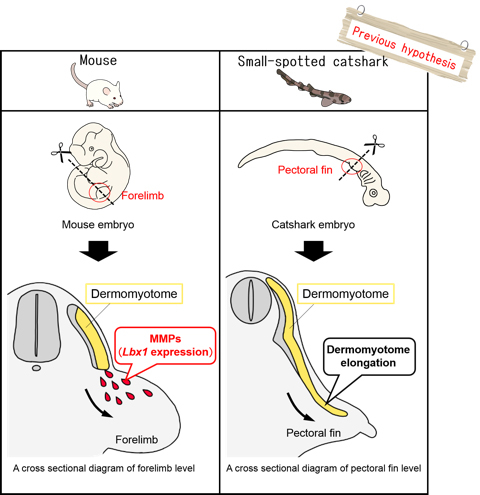 Differences in limb formation between land dwelling vertebrates, such as mice, and cartilaginous fish, such as the catshark. MMPs, migratory muscle precursors.

BEHIND THE PAPER | nature ecology & evolution