WEMGP is an electric vehicle endurance race lasting 1.5 to 2 hours. The bullet-like single-person vehicles use between two and four lead-acid batteries, commonly found in motorcycles, which are provided to the teams by the competition organizers. The number of batteries and time allowed for each race varies, with the October showdown being a 2-battery (72 Wh), 1.5-hour race. 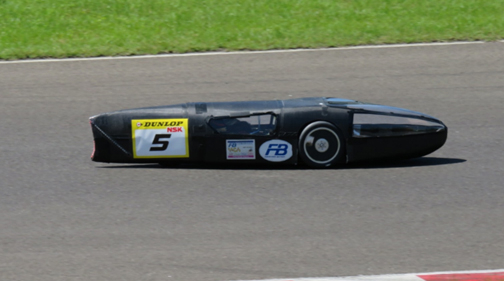 The Kansai race included only seven teams, making the competition stiffer than usual. Honda Access Corporation's veteran-filled Team ENDLESS was present, as was Team Yoishot Mitsuba from Mitsuba Corporation, the supplier of motors to each of the teams. Togo Seisakusyo Corporation's Ahiru Ecopa Racing, who have been tipped as the favorites to win this year's championship, was also ready to race.

The Meister team had a nightmare qualification round. The team could not get their customized vehicle, Aria, to perform on the curves of the circuit, and was on the verge of dropping out of the Grand Prix due to their problems. After lots of hard work in the pits, the team discovered that their steering angle trouble was caused by interference around the hydraulic hose of the brake. Aria managed to get back on the track in time and clock a lap time of 1:28:672, putting Meister in fourth place for the main race.

After a decent start from fourth spot on the grid, Meister set its sights on overtaking Team ENDLESS, who were in third. Fifteen minutes into the race, however, Aria punctured its left front tire, forcing the #5 car into the pits for repairs lasting well over five minutes. When driver Yuto Imaeda returned to the track, he found himself several laps behind the leaders.

The drama continued. At the one-hour mark, Team ENDLESS lost battery power, and after some fast laps and an overtaking, Meister suddenly found itself back in 4th. Soon after, Ahiru Ecopa Racing's vehicle overheated, while Yoishot Mitsuba's battery went dead, putting Meister in third. Ahiru Ecopa Racing magically recovered for the last three laps and pushed hard. Imaeda knew that his battery was running low, which forced him to take his foot off the gas for the final few laps. Still, the Tokyo Tech team held on to take third place.

Meister's last-minute electrical troubles and steering angle issues forced the team to make quick decisions and apply themselves at times of great pressure. The team's efforts in repairing their econo-move in time for the actual race were recognized with the Technical Award. 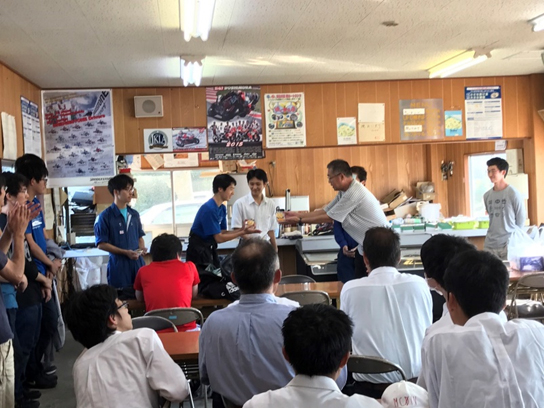 With all the trouble we had in Kansai, the biggest shout-out must go to the Econo-move team who were able to put Aria in running condition in such a short time. I would also like to thank Tokyo Tech, our mentor Professor Inoue, and the alumni. We beat the Mitsuba and ENDLESS teams which, even with Meister's long history, is rare. That proves that Aria has great potential. We have two races left this year, and we will give it our best. We ask for everyone's continued support!