Researchers in Japan have proposed a more efficient method to reduce radioactive waste. The study involves converting radioactive material into short-lived nuclides by absorbing surplus neutrons in the core peripheral portion of a small fast reactor faster than they are generated in the core, thus providing an effective way to lessen the burden of nuclear waste on future generations. 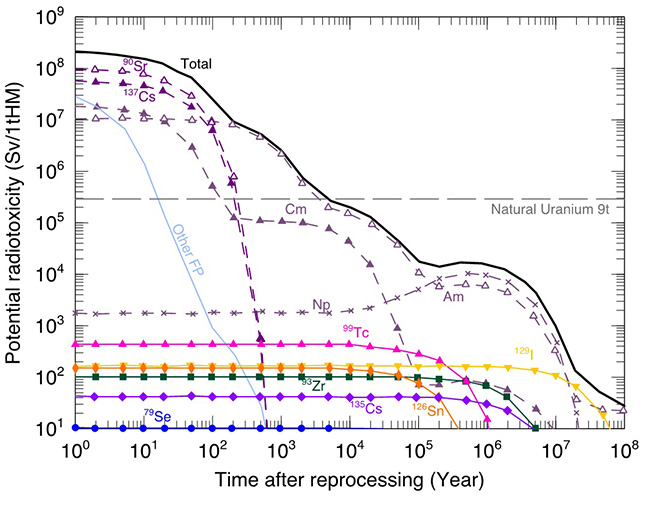 Figure 1.Representation of the dramatically reduced half-lives of LLFPs

A team of scientists at Tokyo Tech working in collaboration with Tohoku University, Tokyo City University and Japan Atomic Energy Agency has proposed a novel approach to tackle the problem of radioactive waste disposal.

The new method, published in Scientific Reports, could dramatically reduce the effective half-life (an indicator of the amount of time it takes to bring radioactive materials down to safe levels) of long-lived fission products (LLFPs)1 from hundreds of thousands of years to within a hundred years.

How to dispose of nuclear waste is one of the biggest dilemmas facing the world today. The issue concerns what to do with radioactive waste after uranium and plutonium have been recovered from spent nuclear fuel using reprocessing methods such as Plutonium Uranium Redox EXtraction (PUREX).

Although burying waste deep underground is widely viewed as the most viable option, a number of strategies are being explored to reduce the stockpile of depleted fuel. One of the most promising is the partitioning and transmutation (P&T) strategy. This involves separating fuel into minor actinides (MAs) 2and LLFPs followed by the transmutation3 of MAs and LLFPs into shorter-lived nuclides.

So far, the P&T strategy has been limited by the costly and cumbersome need to separate LLFP isotopes before they can undergo transmutation. Also, some LLFPs, owing to their small neutron capture cross sections, are not able to capture enough neutrons for effective transmutation to occur.

The new study led by Satoshi Chiba at Tokyo Tech shows that effective transmutation of LLFPs can be achieved in fast spectrum reactors without the need for isotope separation. By adding a moderator (or slowing-down material) called yttrium deuteride (YD2), the team found that LLFP transmutation efficiency increased in the radial blanket and shield regions of the reactor. The researchers say that this is due to the moderator's ability "to soften the neutron spectrum leaking from the core".

Chiba and his co-workers focused on six LLFPs: selenium-79, zirconium-93, technetium-99, palladium-107, iodine-129 and caesium-135. Calculations showed that the effective half-lives of these LLFPs could be drastically reduced so that total radiotoxicity at long cooling time domain will be efficiently reduced (see Figure 1).

In experiments of this kind, the support ratio (that is, the ratio of the transmutation rate to the production rate) is an important indicator of transmutation efficiency. The team showed that support ratios of over 1.0 were achieved for all six LLFPs tested, representing a vast improvement on previous findings.

Using their method, the researchers say that the 17,000 tons of LLFPs now in storage in Japan could potentially be disposed of using ten fast spectrum reactors. Their method also has the advantage of contributing to electricity generation and supporting efforts towards nuclear non-proliferation.

Elements synthesized in nuclear fuel other than uranium and plutonium, such as neptunium, americium and curium.

A change induced by neutron capture that results in the conversion of LLFPs to short-lived or non-radioactive nuclides.