Tokyo Tech's Aikido Club has won the gold prize in the group division of the 36th All Japan Shinshin Toitsu Aikido Taigi Competition.

This year's competition, held on September 24 in Tochigi prefecture, included a total of 134 middle school, high school, and university students competing in group and individual divisions. Tokyo Tech outrivaled groups from Keio University and Waseda University to take the gold.

This victory is a great honor, and it would not have been possible without the support of many people. We will continue to devote ourselves to this path, and ask for your continued support.

The Tokyo Tech Aikido Club was founded 49 years ago in 1968. Members have training sessions four days a week, with Master Yutaka Otsuka, 9th dan, providing instruction once a week. 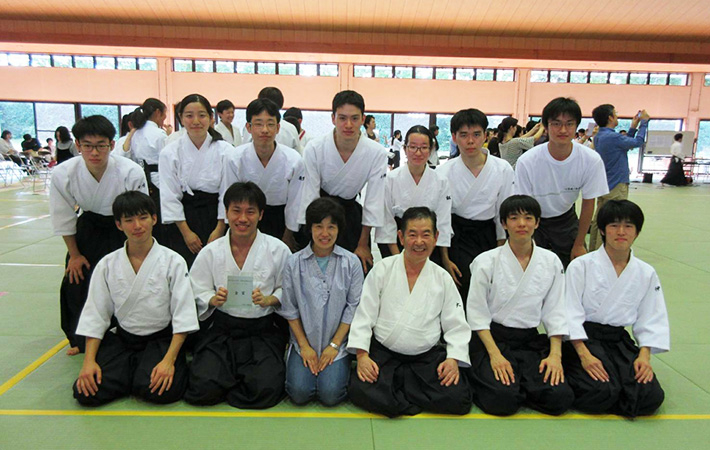