President Yoshinao Mishima and Vice President for International Affairs Hidetoshi Sekiguchi attended the 41st Board of Directors (BOD) meeting and 23rd Annual General Meeting (AGM) of the Association of East Asian Research Universities (AEARU) at the University of Tsukuba on September 23 and 24, 2017.

At the AGM, researchers of AEARU member universities gave presentations focusing on big data. Among them, Professor Sang Kyun Cha spoke of the establishment of the Big Data Institute of Seoul National University, of which he is founding director, emphasizing their interdisciplinary research and training. Computer science researchers of National Taiwan University, Nanjing University, and Korean Advanced Institute of Science and Technology also gave presentations centered on the theme of "Big Data and Machine Learning Application."

The two-day gathering ended with a lab tour highlighting research at the University of Tsukuba and a visit to the International Institute for Integrative Sleep Medicine and Empowerment Studio. 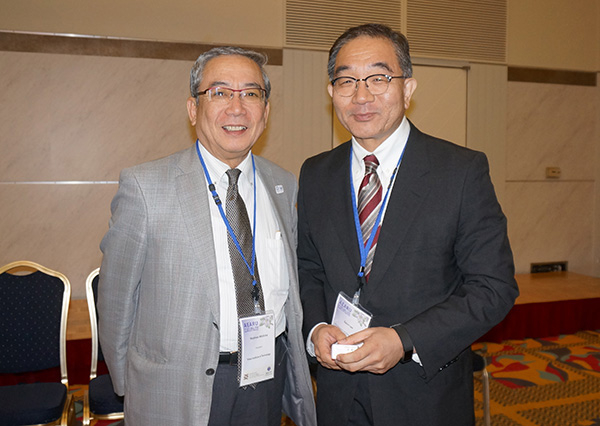 AEARU was established in 1996 to provide a forum for exchange between East Asia's leading research-oriented universities and other universities in the region. Tokyo Tech has been a member university of AEARU since its establishment and a member of the board since 2016.