Scientists at Tokyo Tech and Tohoku University have developed high-quality GFO epitaxial films and systematically investigated their ferroelectric and ferromagnetic properties. They also demonstrated the room-temperature magnetocapacitance effects of these GFO thin films. 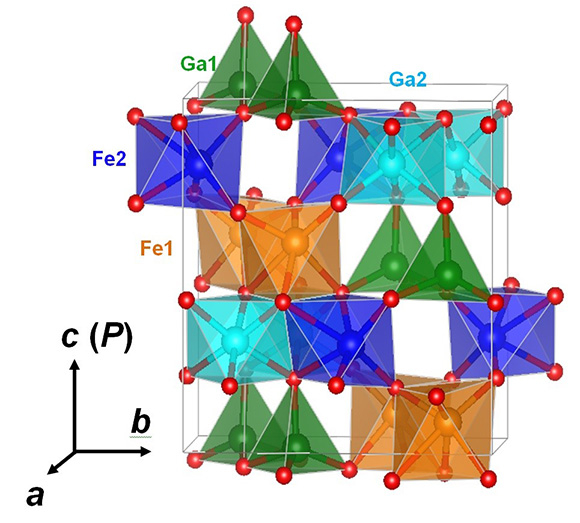 Multiferroic materials show magnetically driven ferroelectricity. They are attracting increasing attention because of their fascinating properties such as magnetic (electric) field-controlled ferroelectric (ferromagnetic) properties and because they can be used in novel technological applications such as fast-writing, power-saving, and nondestructive data storage. However, because multiferroicity is typically observed at low temperatures, it is highly desirable to develop multiferroic materials that can be observed at room temperature.

GaxFe2-xO3, or GFO for short, is a promising room-temperature multiferroic material because of its large magnetization. GFO thin films have already been successfully fabricated, and their polarization switching at room temperature has been demonstrated. However, their ferroelectric and ferromagnetic properties must be controlled to realize better magnetoelectric properties and applications of GFO films. In order to control these properties, it is essential to understand the relationship between the constituent composition at each cation site and the original character.

Therefore, the research team led by Mitsuru Ito at Tokyo Tech set out to systematically investigate multiferroicity as a function of the compositional ratio of Ga and Fe in GFO films. Specifically, they studied the ferroelectric properties of the GFO films using piezoresponse force microscopy, and found that GaxFe2-xO3 films with x = 1 and 0.6 show ferroelectricity at room temperature. The piezoresponse phase can be reversed by 180° when a voltage of more than 4.5 V is applied. This behavior is typical of ferroelectric materials and is a strong indicator of the presence of switchable polarization in the film at room temperature. 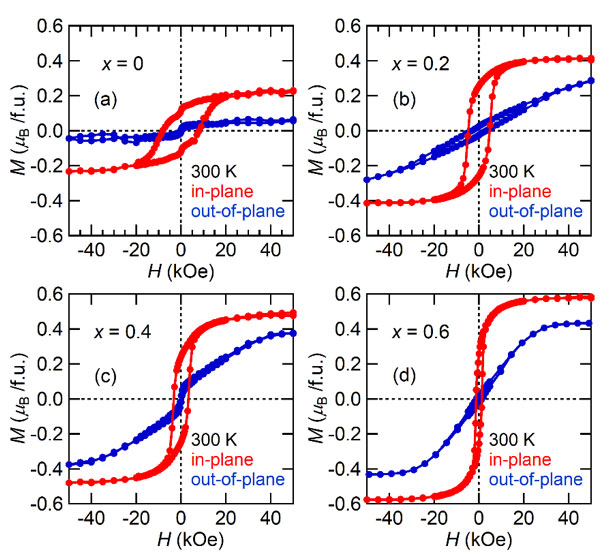 Laboratory for Materials and Structures,
Tokyo Institute of Technology