Three Tokyo Tech students will be showcasing their skills at the 2018 ACM* International Collegiate Programming Contest (ICPC), to be held from April 15 to 20 in Beijing. Team ninjaribaton advanced to the finals after winning the Bronze Medal at the ACM-ICPC 2017 Asia Tsukuba Regional

ACM-ICPC is one of the oldest, largest, and most prestigious programming contests in the world. In 2017, over 46,000 contestants from 2,948 universities in 103 countries competed in regional competitions in an attempt to reach the finals.

The contest involves three members from each university trying to solve eight or more complex, real-world problems within a 5-hour deadline. Only one computer is available for each team, highlighting the importance of effective teamwork over individual programming skills. The team that solves the most problems in the fewest attempts in the least amount of time is the winner. 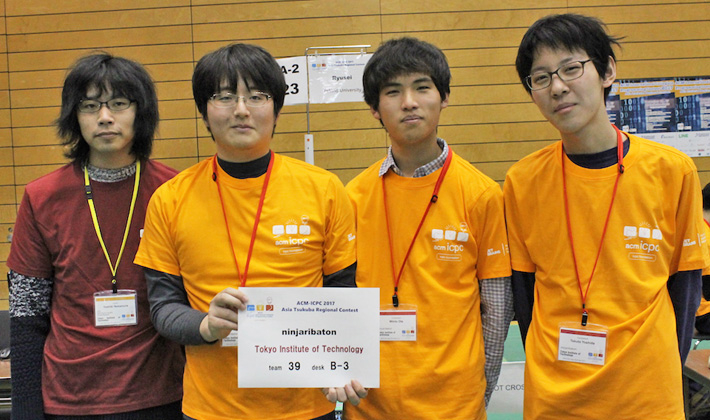