Tokyo Tech's Graduation Ceremonies for academic year 2017 were held on March 26 at Ookayama Campus. The ceremony for bachelor's degree graduates began at 11 a.m. Master's and doctoral graduates were honored at 2 p.m. Graduating students and their families were joined at the ceremonies by President Yoshinao Mishima, members of the Board, deans and directors, faculty members, and special guests. 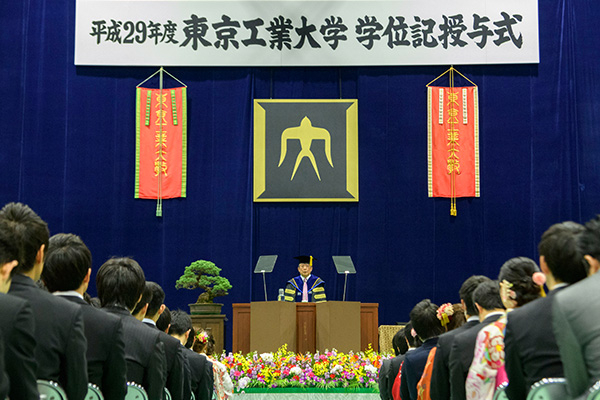 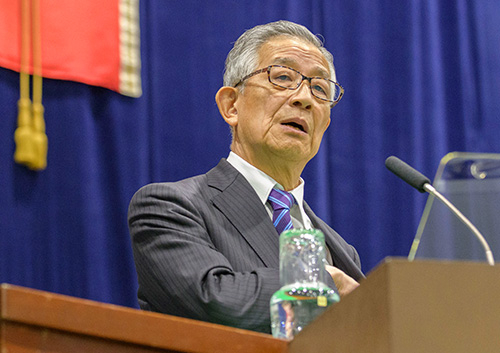 A total of 195 doctoral degrees, 1,471 master's degrees, 34 professional master's degrees, and 1,079 bachelor's degrees were conferred. At the bachelor's level ceremony, representatives from each department received diplomas, and students with the highest academic achievements were recognized with the 2017 Tokyo Institute of Technology Academic Excellence Award. Representatives of each department also received diplomas at the ceremony for students of master's and professional programs. All doctoral degree graduates received their diplomas individually. 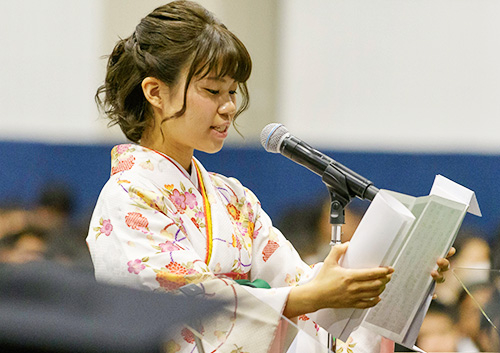 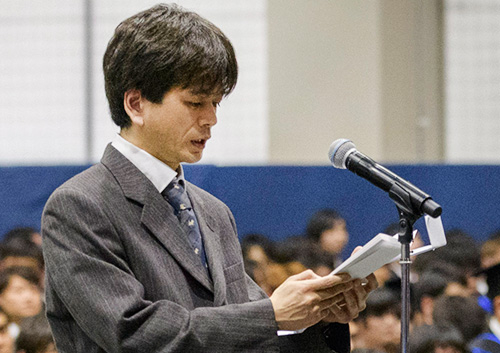 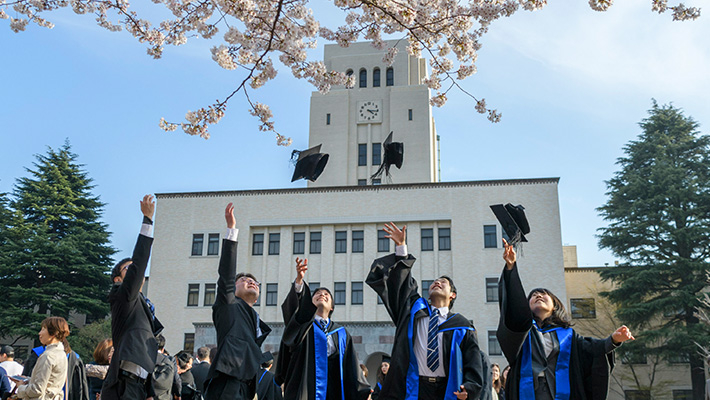