The Tokyo Tech student-run class, aimed at youngsters with no prior programming experience, teaches the basics of code in a group work setting. This year, 32 middle and high school students created a simple game using JavaScript at the offices of Supporterz Inc., a Tokyo-based company.

After some icebreaking activities, participants began writing actual source code under the guidance of their Tokyo Tech mentors. Once the framework of the game had been completed, participants gave suggestions on desired additional functions and discussed how these improvements could be realized. There was a chance to test out the final product at the end of the session, which prompted further discussion regarding how certain functions could be achieved. 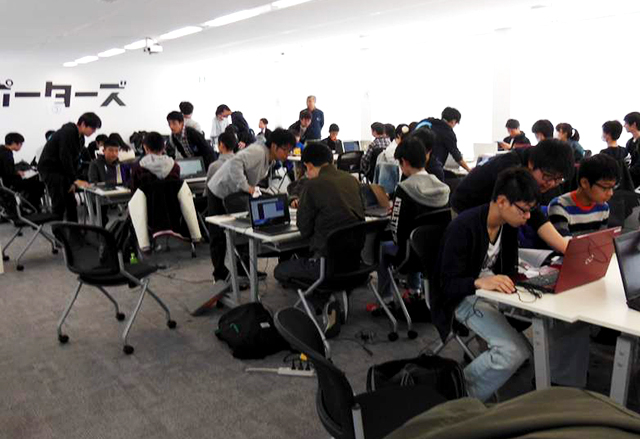 Busy at the Supporterz Inc. office 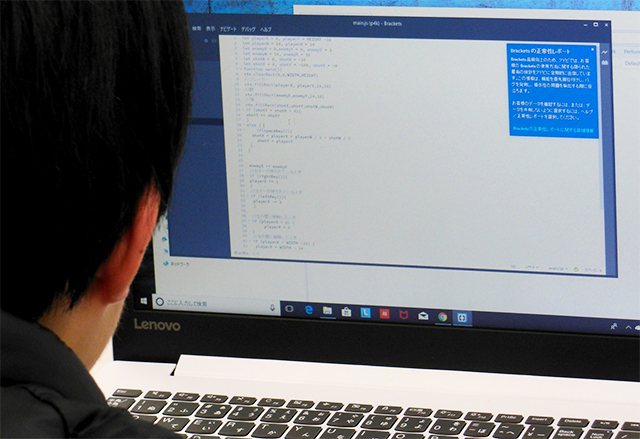 Focused on the task at hand