Cell biologists have deepened understanding of proteins associated with neurodegenerative diseases. The findings could open up new treatment approaches for disorders including amyotrophic lateral sclerosis (ALS), among others.

Researchers in Japan have gained valuable insights into ‘stress granules' — clumps of RNAs and proteins that form when cells are stressed by factors such as heat, toxins and viruses.

As stress granules are linked to a range of neurodegenerative diseases, understanding how they form, and how they can be reduced, is of great interest to the medical world.

Published in the Journal of Cell Science, their study reveals the important role of two enzymes in disassembling stress granules.

These two enzymes, named USP5 and USP13, belong to a group of nearly 100 known deubiquitylases, which are thought to work by cutting ubiquitin chains1 inside stress granules.

The study is the culmination of over five years of work by the team, including Masayuki Komada, Toshiaki Fukushima and Shunsuke Matsumoto of Tokyo Institute of Technology (Tokyo Tech). First author Xuan Xie, a PhD student at the laboratory led by Komada, has described how they arrived at their ‘eureka' moment in an interview with the journal's First Person

As a first step, the researchers demonstrated that USP5 and USP13 are preferentially recruited to heat-induced stress granules. 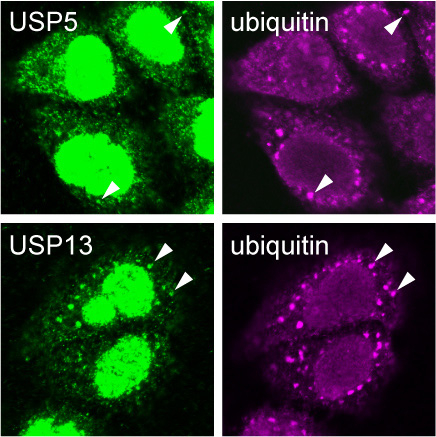 Immunostaining and microscopic analysis revealed that cells under heat stress form stress granules containing USP5, USP13 and ubiquitin chains. This gathering together is known as co-localization.

Next, the team compared what happens to heat-shocked cells with and without the two enzymes. The cells were exposed to a temperature of 44 ℃ for one hour, and returned to 37 ℃ for one hour. During the recovery period, in cells lacking USP5 and USP13, the team found that the disassembly of stress granules was delayed.

Specifically, in cells containing USP5 and USP13, the percentage of cells with stress granules fell to 14%, whereas this figure was 60% or more in cells without the two enzymes. 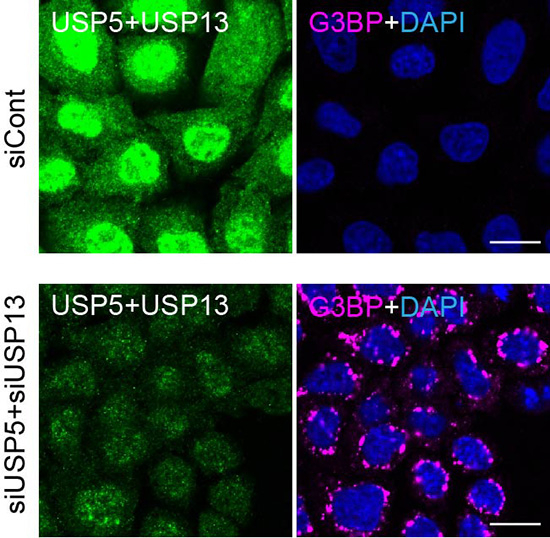 Figure 2. Comparison of cells with and without USP5 and USP13

The findings suggest that the presence of USP5 and USP13 is critical to the disassembly of stress granules.

Although the exact mechanisms have yet to be determined, the researchers propose that USP5 hydrolyzes or "cuts" unanchored ubiquitin chains, while USP13 cuts protein-conjugated2 ubiquitin chains.

"We concluded that both reactions are required for the efficient destabilization of stress granules," says Fukushima.

The study may lead to the development of "artificial deubiquitinating enzymes", which could have a profound impact on future medical treatments.

Developing such innovative enzymes that "possess high activity and show specific localization to stress granules" is a feat that could be achieved in five years, Fukushima adds. 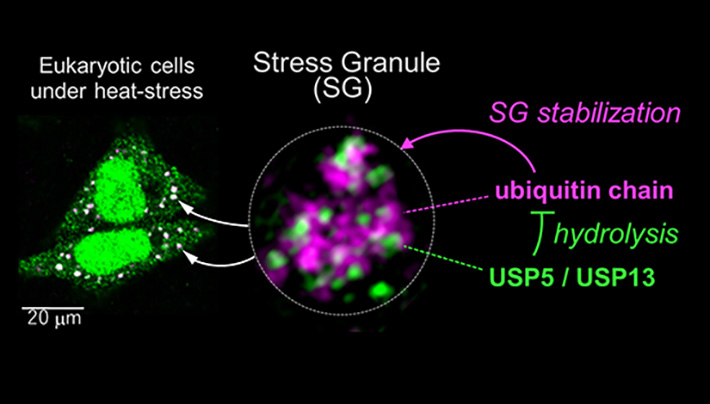 Figure 3. Illustration of the inner structure of stress granules

USP5 and USP13 "cut" ubiquitin chains in stress granules via a reaction called hydrolysis. This reaction appears to be crucial to the efficient disassembly of stress granules after recovery from heat stress.

Refers to the way that some ubiquitin chains are bound to proteins, as opposed to being unanchored, within the stress granules. One of the next goals of the team is to identify these target proteins.