Representatives of universities and government officials from 44 countries and regions attended the ceremony. In the symposium that followed, university presidents and representatives discussed the mission of the university and other relevant topics under the theme of "Changes and Constants: Universities and Civilizations during the Past 120 Years."

Tokyo Tech has been exchanging researchers and students with Peking University regularly for over 25 years since the signing of a university-wide cooperation agreement in August 1991. Both institutions are members of The Association of East Asian Research Universities (AEARU), which has also helped Tokyo Tech to steadily develop its relationship with Peking University.

The Tokyo Tech-Tsinghua University Joint Graduate Program offers graduate-level education in cooperation with Tsinghua University. The program intends to cultivate young people who not only have specialized knowledge and skills, as well as command Japanese, Chinese and English, but who also have a deep familiarity with the culture and customs of both Japan and China, aiming to contribute to the development of the industry, economy, and science and technology of both countries. 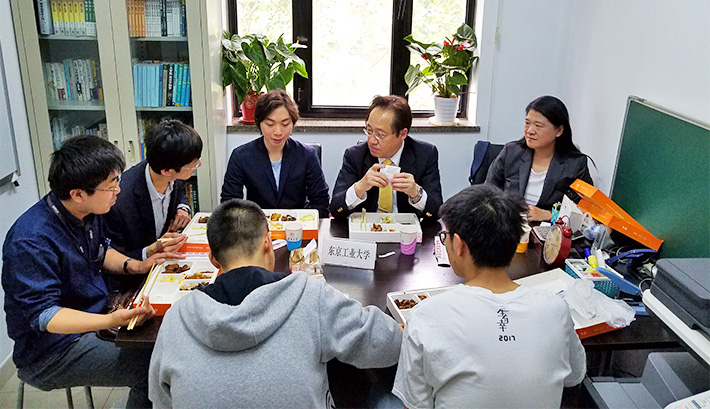