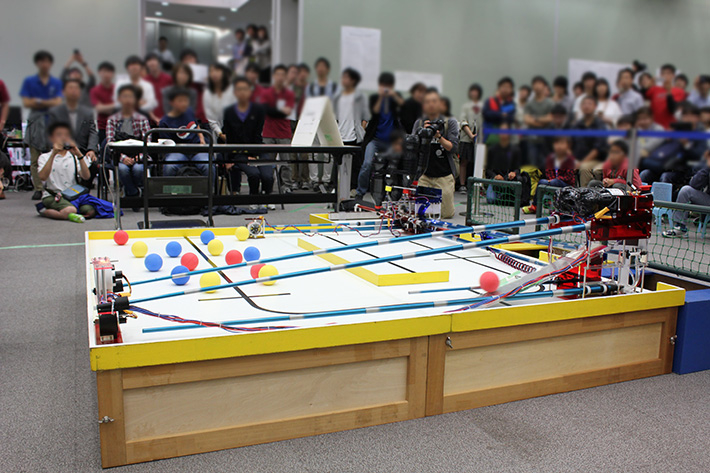 The Intelligent Robot Contest aims to create innovative robotics and mechatronics technology while enhancing participants' abilities in these fields. During the competition, robots must perform predetermined tasks in a set amount of time. Once the robot begins its task, no human assistance is allowed during the competition.

This year, Senpai, Tokyo Tech's robot, participated in the Challenger's Course against 74 other teams. The course consisted of 16 balls to be moved to color-specific goals — one ball placed freely by the team, and five red, yellow, and blue balls already on the court. In addition to points gained from each ball, judges also scored each robot based on indicators such as performance, the challenge factor, artistic workmanship, and speed. Team szk^2 Lab progressed to the finals with seven other teams.

According to the judges, they had never seen a strategy like Tokyo Tech's in the 30-year history of the competition. Senpai's performance and speed exceeded everyone's imagination, and as a result, Chubachi and Suzuki were presented two awards:

presented to teams who create a surprising and extraordinarily interesting robot 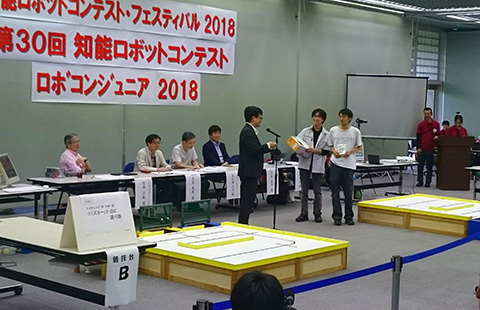 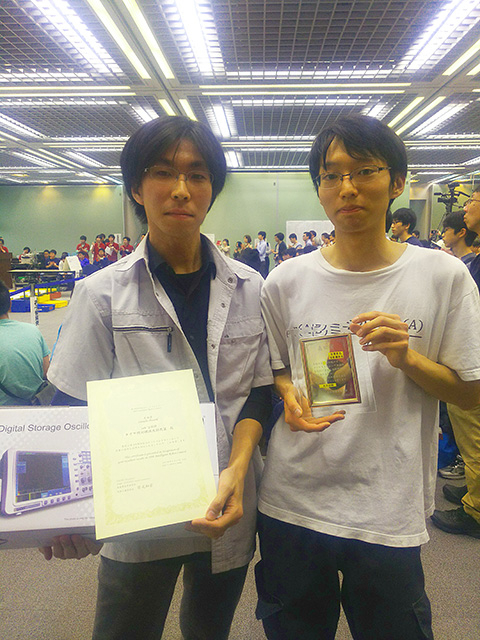 I very much enjoy competing with robots and strategies that differ greatly from those of other teams. Surprising the audience and judges with our robot, and having them enjoy our robot's performance is an honor.

Our concept was to end the competition as quickly as possible. We put in countless trial runs, and I am happy we were able to demonstrate our robot's capabilities on the actual day of the contest.

Tokyo Tech's Society for the Study of Robotics, an official student club with 184 members, focuses on the research and development of robotics, including circuit and software technology. In addition to machine tools such as a miller, lathe, and drill press, the club's facilities also support the development of electrical circuits and software for oscilloscopes, computers, and other devices. While many focus on robot creation, club members are free to create whatever they want. The environment is such that even students with no prior knowledge can learn design-related mathematical aspects and circuit-related practical methods from scratch.