Aiming to raise awareness of the dangers of bicycle accidents in and around campus, Tokyo Tech — in collaboration with Denenchofu Police Station — held a bicycle safety class on Ookayama Campus on June 20. 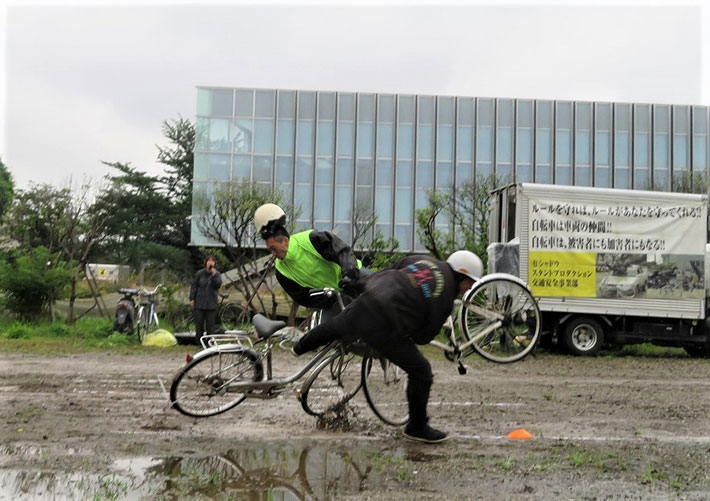 Attracting over 300 students, faculty, staff, and local community members, the event starred professional stuntmen who acted out a variety of dangerous scenarios involving bicycles, automobiles, and pedestrians. This "scared straight" method was accompanied by suggestions on how to avert potentially unsafe situations by following a few simple rules.

Professor Hiroki Takahara of the School of Engineering — a member of the disaster prevention and traffic safety team at the General Safety Management Section — also explained the traffic safety rules on campus, and a member from the Denenchofu Police Station gave a short talk.

The Institute encourages all those who want to avoid becoming the culprit or victim of an accident to obey all traffic rules — both on and off campus.