Barium ruthenate: A high-yield, easy-to-handle perovskite catalyst for the oxidation of sulfides

Researchers at Tokyo Tech have developed a ruthenium-based perovskite catalyst1 that shows strong activity even at low temperatures (down to 313 K). The reusable catalyst does not require additives, meaning that it can prevent the formation of toxic by-products. The oxidation of sulfides is a commercially important process with broad applications ranging from chemicals production to environmental management. 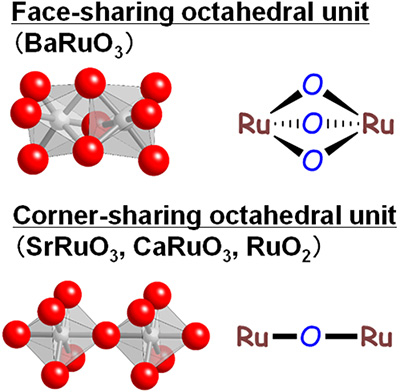 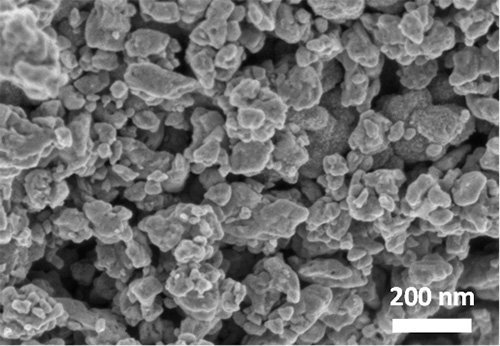 Figure 1. Structure and image of the BaRuO3 catalyst

A research group led by Keigo Kamata and Michikazu Hara of Tokyo Institute of Technology (Tokyo Tech) has succeeded in developing a barium ruthenate (BaRuO3) perovskite — the first catalyst of its kind shown to be capable of the selective oxidation of sulfides under mild conditions, with molecular oxygen (O2) as the only oxidant and without the need for additives.

Reporting their findings in ACS Applied Materials & Interfaces, the researchers state that BaRuO3 has three advantages over conventional catalysts.

Firstly, it exhibits high performance even at 313 K, a temperature much lower than the 373–423 K range reported in previous systems including other ruthenium- and manganese-based catalysts. Secondly, its high rate of oxygen transfer indicates that it has many potential uses; for example, it is applicable to the oxidative desulfurization2 of dibenzothiophene, which can produce a 99% yield of pure sulfone. Thirdly, the new catalyst is recyclable — the present study showed that BaRuO3 could be reused at least three times without loss of performance.

The achievement overcomes several classic limitations, such as the need for additives, toxic reagents and high reaction temperatures to achieve good catalytic performance.

The catalyst has a rhombohedral structure (see Figure 1). While other ruthenium-based catalysts investigated to date such as SrRuO3, CaRuO3 and RuO2 can all be described as having corner-sharing octahedral units, BaRuO3 has face-sharing octahedra. This configuration is thought to be one of the main reasons behind the catalyst’s higher oxygen transfer capability.

The study highlights the importance of subtle changes in the nanoscale structure of perovskite catalysts, and could provide promising leads for further research on a wide range of perovskite-based functional materials.

Referring to a family of catalysts with the general formula ABO3, which are of great interest due to their structural simplicity, flexibility, good stability and controllable physicochemical properties.

An important reaction process for sulfur removal — this is particularly relevant to the fuel industry and efforts to curb sulfur emissions.

A process widely used to prepare novel materials by converting monomers in a colloidal solution (sol) to a network of polymers (gel).