Tokyo Tech's Daiju Sato and Maoko Kawai from the Tokyo College of Music won all four International Latin styles — cha-cha, samba, rumba, and paso doble — at the 98th Science and Technology Universities' Dance Competition on May 27. A total of nine couples from the Tokyo Tech Ballroom Dance Club participated in the competition, held this time on Chiba University's campus. 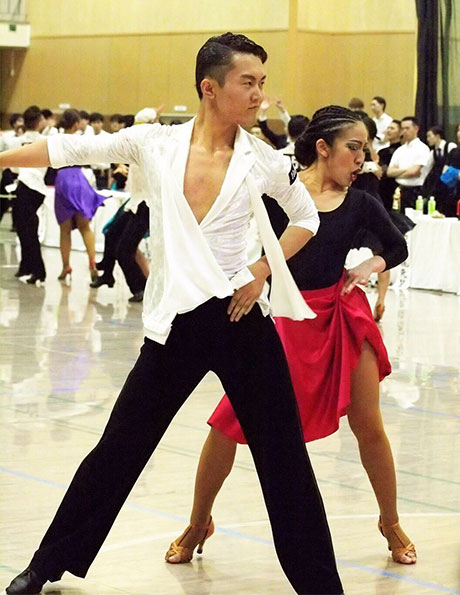 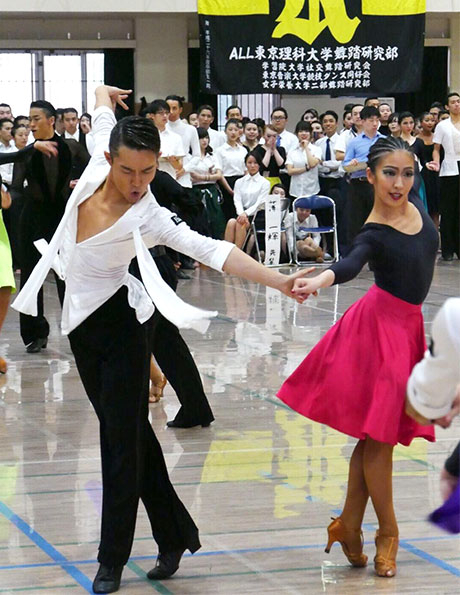 Luck was on our side as we were able to win all four Latin dance styles at this competition. I look forward to continuing with my efforts in both dance and academics.

DanceSport is competitive ballroom dancing where couples are evaluated by a panel of judges. The collegiate championships have three categories — International Style Standard and Latin, and formation dance. International Standard includes waltz, tango, foxtrot, and quickstep, while International Latin consists of samba, cha-cha, rumba, and paso doble. Formation dance* is a choreographed team dance consisting of a medley of between two and four International Style dances, and involving four to eight couples. 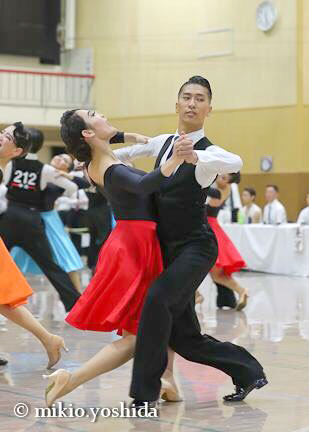 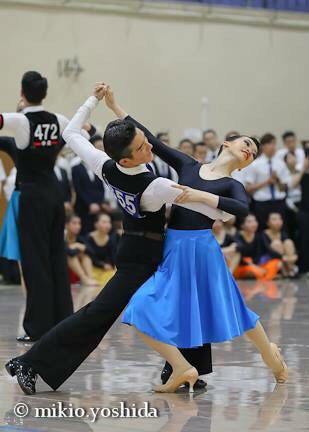 *
While formation dance features in other competitions, it is not a component of the Science and Technology Universities' Dance Competition