Four women in the Titech Sailing Team, Tokyo Tech's official student sailing club, will compete in the 27th All Japan Women's Student Sailing Championships, to be held off the coast of Aichi's Gamagori City from September 21 to 24. The two crews, strongly supported by the Tokyo Tech sailing alumni association,1 secured their places in the national competition after winning both the 4702 and Snipe3 classes in the regional qualifiers. 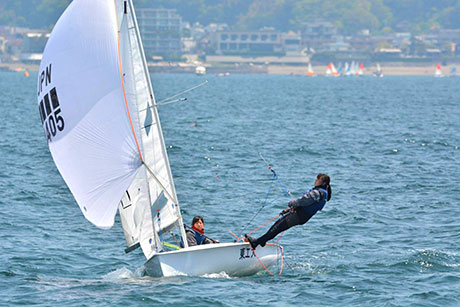 We were able to advance through the qualifying rounds, and we are grateful to all those who have supported us so far. The conditions at the championships will differ from those we are used to in practice, but we will stick to our routine. We look forward to your continued support. 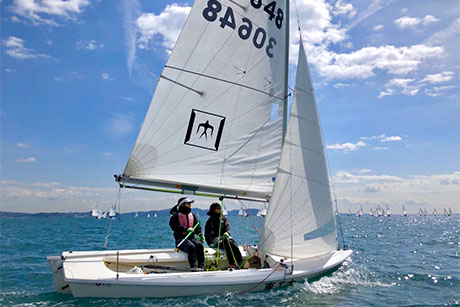 This will be our first time on waters outside the Tokyo area. The winds are known to be strong in Gamagori, but we have developed our sailing style in the past year, and look forward to improving our results. We value your encouragement and support.

The 470 (four-seventy), so named due to its 4.7-meter length, is a sailboat designed to plane easily. Sailing the boat efficiently requires strong teamwork from its two crew members. Designed in 1963 by Frenchman André Cornu, the 470 has been an Olympic sailing class since 1976.