Takahiro Hamada, a 2nd-year master's student in Computer Science at the School of Computing, has been crowned world champion in the Duel Links category of the Yu-Gi-Oh! World Championship 2018. The e-sports competition was held on August 4 and 5 at Makuhari Messe International Exhibition Hall in Chiba Prefecture. 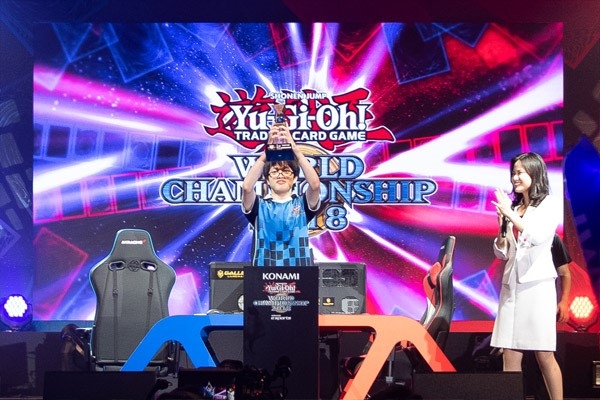 Originally a popular manga series created by artist Kazuki Takahashi, Yu-Gi-Oh! gradually evolved into an animation series and a card game version. By May 2018, Yu-Gi-Oh! Duel Links, the free, digital collectible card game developed for mobile devices had been downloaded over 70 million times.

The world championships have been held annually since 2003, with players in three categories — general, elementary school, and dual links — battling against each other using a combination of monsters, spells, and traps. During Yu-Gi-Oh! Duel Links, players must defeat their opponent three times within 60 minutes to advance to the next round. This year, 16 players from 12 countries and regions participated. Hamada remained undefeated throughout the tournament despite starting his Duel Links battles just four months ago.

I have limited experience with this application. However, I believe I won this competition because I familiarized myself with Yu-Gi-Oh! content in elementary and middle school, and that brings me great joy. I am not letting my guard down, though. I look forward to receiving an invitation to the world championships again next year, where I will devote myself to achieving similar results. I appreciate everyone who supported me, particularly those who helped arrange my deck at the competition. Thank you.

Harada is currently carrying out research on the uses and benefits of an advanced interactive therapeutic robot. 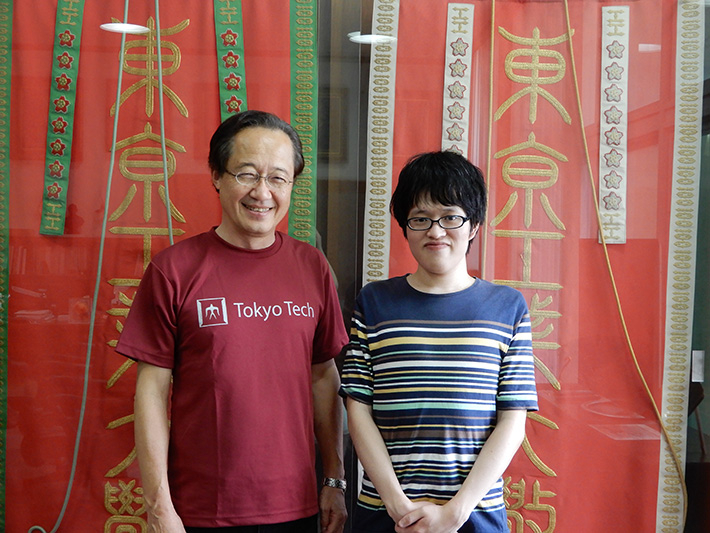 *
This article has been updated to correct a typographical error on December 6.