Tetsuo Kodera, Ryohei Banno, and Norihisa Kawashima were selected as the first-ever recipients of the Suematsu Digital Technology Award by a panel of judges from both inside and outside the Institute on September 12. 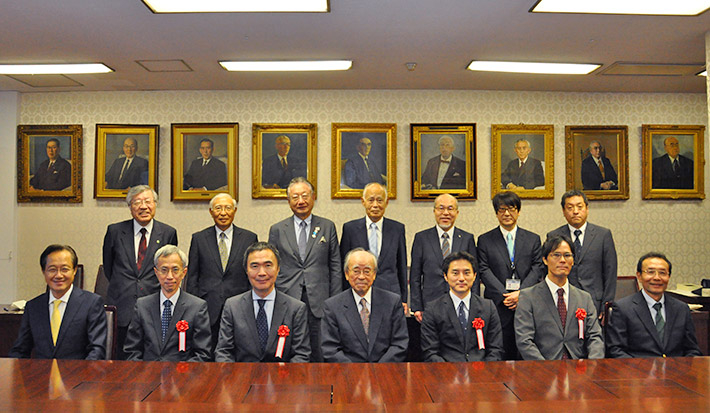 The award is funded by the Suematsu Fund, which was created within the Tokyo Institute of Technology Fund. In commemoration of the award's establishment, Special Awards for Remarkable Achievement were also presented to two other recipients. 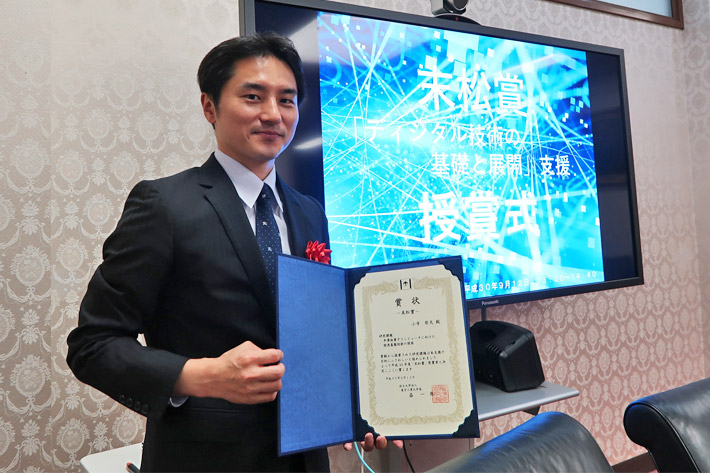 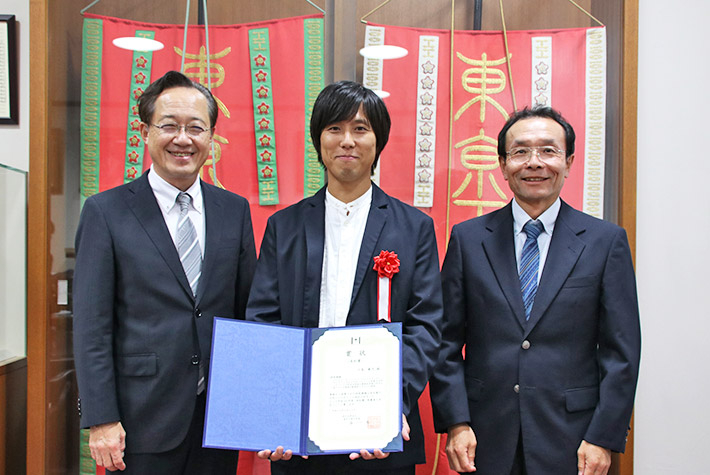 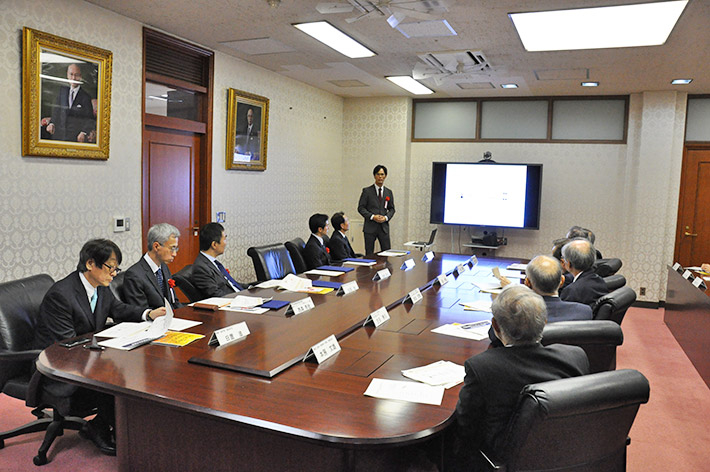 2018 winners of the Special Award for Remarkable Achievement 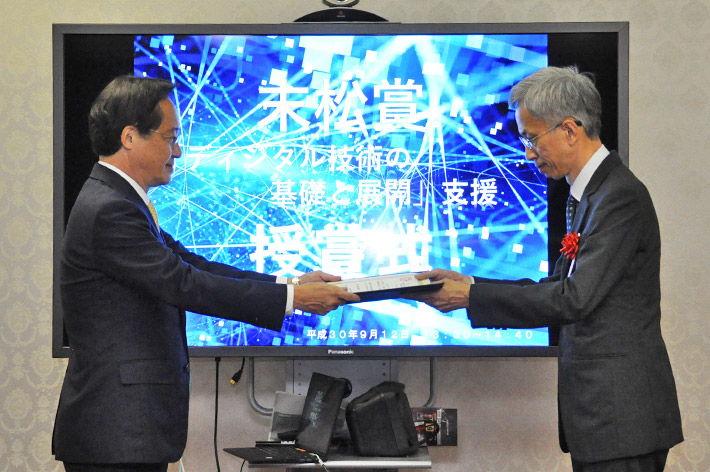 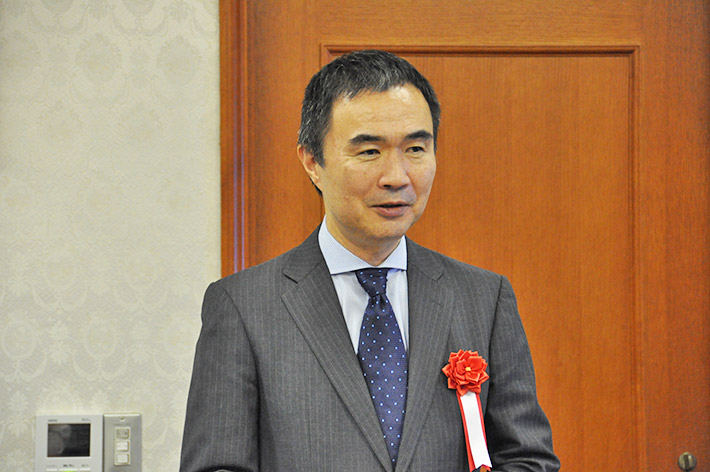 Background to the award

Former Tokyo Tech President and Honorary Professor Yasuharu Suematsu was awarded the Japan Prize in 2014 for his contributions to the development of high-capacity, long-distance optical fiber communications through his research at the Institute, particularly his groundbreaking research related to dynamic single-mode lasers. He donated a portion of the prize money to Tokyo Tech in hopes of encouraging young scientists and engineers to pursue research in diverse fields, develop new technology systems, and delve into the unexplored domains of science.

Suematsu hopes to create a rising tide of activities that will reveal the now-hidden shape of the future. The Tokyo Institute of Technology Fund created the Suematsu Fund to promote research in line with Suematsu's wishes. President and Representative Director Hisao Taki of Gurunavi Inc., a Tokyo Tech alumnus and supporter of the Tokyo Institute of Technology Fund since its inception, also donated a significant additional sum, making the creation of this award possible.

This activity is supported by Tokyo Tech Fund