Hiroki Ishida, a 3rd-year Industrial Engineering and Economics student, finished fourth in the Pokkén Tournament Championship Series of the 2018 Pokémon World Championships, held in Nashville, USA from August 24 to 26. 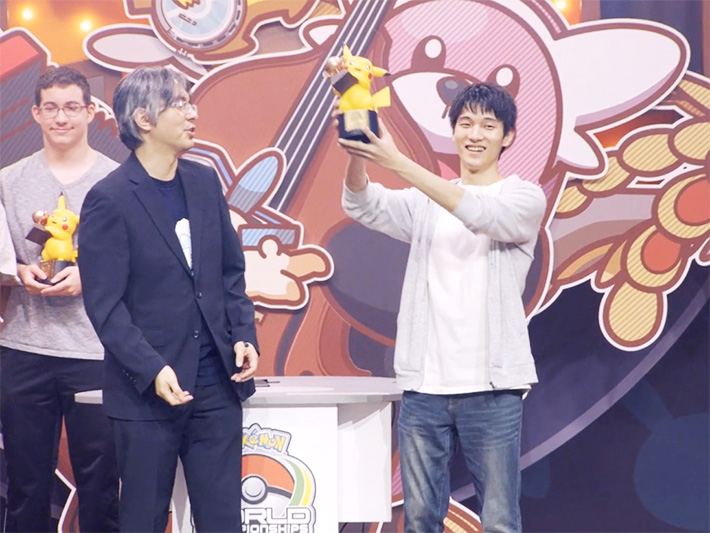 Ishida smiles with trophy in hand

The Pokémon World Championships comprise three categories: video games, trading card games, and the Pokkén tournament. Ishida, who won the Japan championships in March, joined the last of these with 15 other players born in 2002 or earlier to compete for the crown. All players used Nintendo Switch systems, competing in a double elimination format. Ishida won three of his first four matches before being defeated in his final bout.

My interest in the eSports industry has deepened thanks to my experiences in Nashville. I started playing Pokkén at arcades during my high school days, and have been frequenting competitions since I became a university student. I am very pleased with this result, and aim to practice hard so I secure a place in the contest again next year.

*
This article has been updated to correct a typographical error on September 5, 2019.