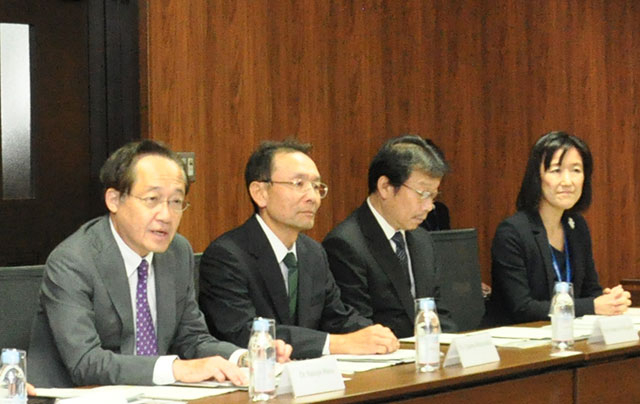 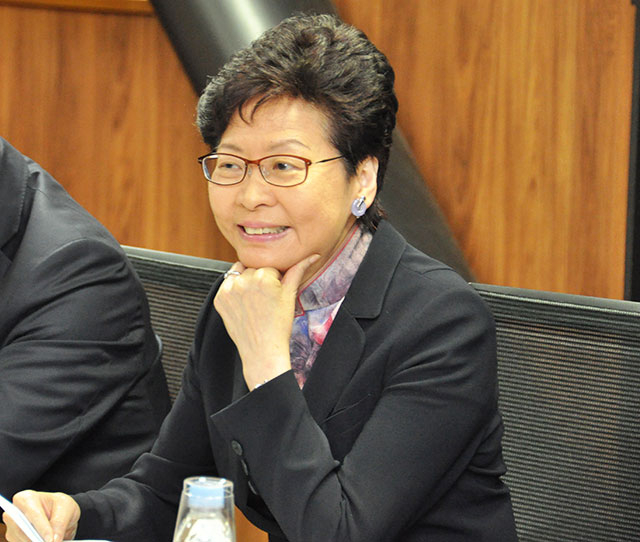 Explaining that her visit to Japan was focused on impressing "upon Japanese institutes and researchers that Hong Kong is serious about going ‘more tech,’" Lam added that her visit to Tokyo Tech in particular was a highlight.

"I do want to see more collaboration between Hong Kong and Japan, between our universities and Japanese universities, including of course Tokyo Tech, and also between our researchers and businesses in the area of innovation and technology," commented Lam.

Describing her government's massive investments in technology and tax incentives for companies investing in R&D in Hong Kong, Lam appealed to Masu's cooperation in encouraging faculty and researchers to consider Hong Kong as a venue for Tokyo Tech's research collaborations with industry.

As she noted the availability of coursework in English, Lam said she would encourage Hong Kong's top students to study at Tokyo Tech.

Masu confirmed that the Institute offers English-language-conducted master's and doctoral degree programs and explained that overall, about 90 percent of Tokyo Tech's graduate-level courses are offered in English. The president encouraged Hong Kong students to consider enrolling at Tokyo Tech for their undergraduate degrees. He explained that the Institute's Global Scientists and Engineers Program, launched in 2016, offers a bachelor's degree program in the field of transdisciplinary engineering, which is conducted entirely in English. 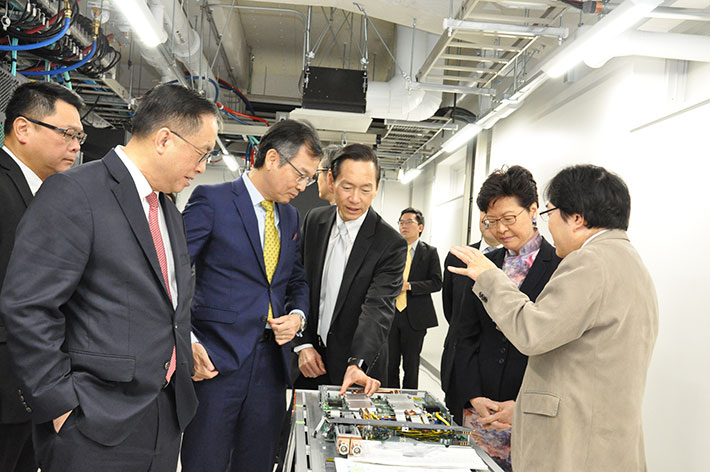 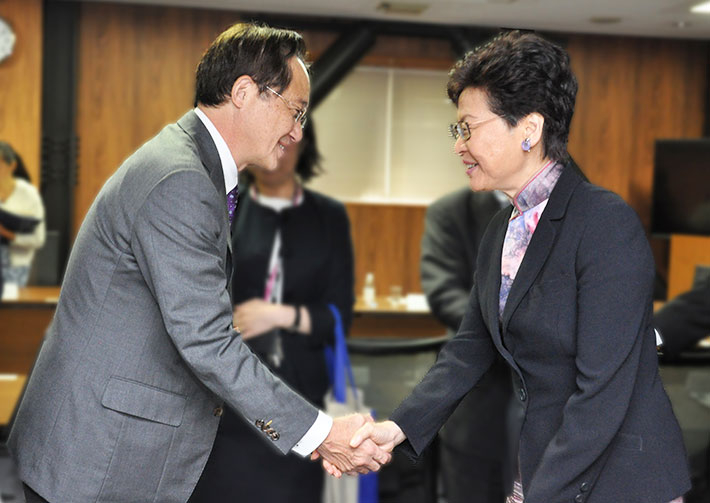 Masu thanking Lam for her visit