Metallic nano-particles light up another path towards eco-friendly catalysts

Scientists at Tokyo Institute of Technology produced subnano-sized metallic particles that are very effective as catalysts for the oxidation of hydrocarbons. These catalysts can be as much as 50 times more effective than well-known Au-Pd bimetallic nanocatalysts. 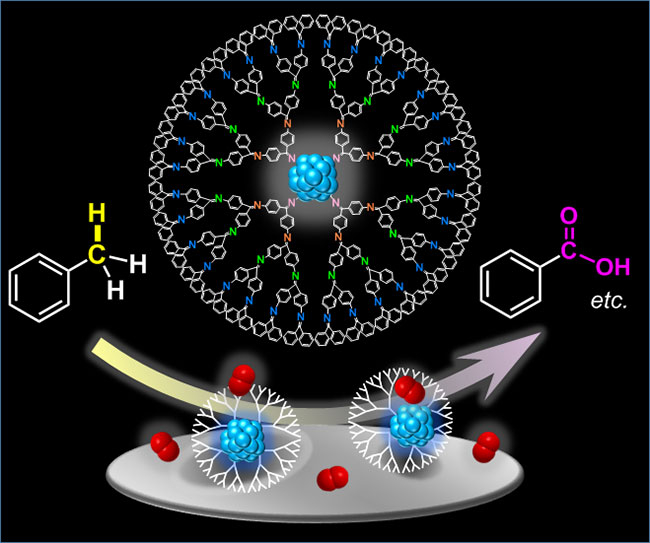 Each dendrimer molecule hosts a subnano-sized metallic particle that allows for the oxidation of aromatic hydrocarbons, such as toluene (left), to produce useful organic compounds, such as benzoic acid (right). Oxygen molecules are represented in red.

The oxidation of aromatic hydrocarbons is critically important for producing a great variety of useful organic compounds that are used throughout all types of industries. These oxidation processes require the use of catalysts and solvents, which are usually environmentally hazardous. Thus, finding a solvent-free oxidation process using nanosized catalytic particles has attracted considerable attention. Interestingly, sub-nanoscale catalytic particles (subnanocatalysts, or SNCs) composed of noble metals are even better at their job because their increased surface area and unique electronic state results in favorable effects for oxidizing hydrocarbons and also prevents them from getting oxidized themselves. This makes them cost-effective because the amount of metal required for SNCs is lower than for nano-sized catalysts.

A team including Dr. Miftakhul Huda, Keigo Minamisawa, Dr. Takamasa Tsukamoto, and Dr. Makoto Tanabe at Tokyo Institute of Technology (Tokyo Tech), led by Prof. Kimihisa Yamamoto, created multiple types of SNCs by using dendrimers, which are tree-like spherical molecules that can be used as a template to contain the desired catalysts. "Dendrimer is expected to provide internal nanospaces that could be suitable for catalytic conversion in the presence of metal particles," explains Yamamoto (Figure 1).

The team created various catalysts of different sizes, depending on the noble metal used and the number of atoms of each catalytic particle. They compared their performance to find the best noble metal for making SNCs and then tried to determine the mechanism behind their high catalytic activity. Smaller SNCs were found to be better, while less oxophilic metals (such as platinum) were superior. As shown in Figure 2, the team postulated that the surface of platinum SNCs does not oxidize easily, which makes them reusable and results in the highest catalytic performance of the Pt19 SNC that can be as high as 50 times more effective than the common Au-Pd nanocatalysts (Figure 3). The team will continue working to shed light on these catalytic phenomena. "The development of a more detailed mechanism including theoretical considerations is currently in progress," says Tanabe. The applications of such catalysts could greatly contribute for reducing pollution and enhancing our effective use of Earth's metal resources. 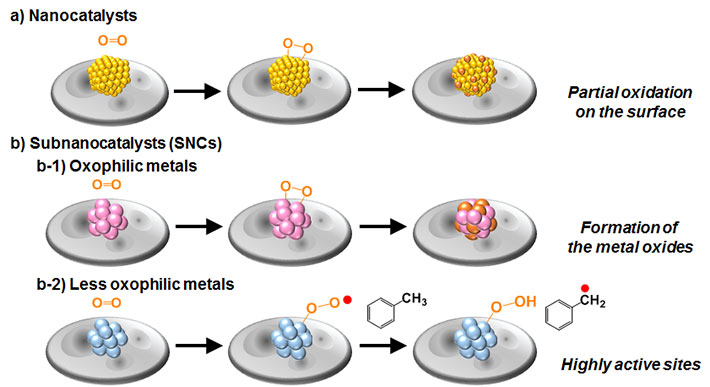 Figure 2. Mechanism behind the superior catalytic activity of SNCs.

(a) Less oxophilic platinum was superior to other noble metals in the aerobic toluene oxidation. (b) The Pt19 SNC was the highest catalytic performance among other Pt SNCs between 12 and 28 atoms.

*
This article has been updated to correct a typographical error on November 16.