Ookayama and Suzukakedai Campuses both held annual disaster drills on November 14, 2018. The objective was to ensure that all campus-goers are prepared in case of an earthquake measuring a lower 6 on the seismic intensity scale.

In Ookayama, activities were split into the comprehensive drill session and optional training activities. The former, which ran from 12:15 to 1:10 p.m., involved a mass evacuation and headcount, the establishment of on-campus emergency response headquarters led by President Kazuya Masu, and the formation of disaster response teams responsible for checking the safety of various areas and buildings on campus. Emergency food was also prepared and distributed. Members of the fire department rescue team abseiled down the wall of the West 9 Building to gain access to a lecture room where a fire was simulated. Evacuees were loaded onto the fire engine crane and brought safely to the ground.

During optional training activities, which continued until 2 p.m., campus-goers were given the chance to test out fire extinguishers, experience smoke-filled rooms, and receive direct guidance from the Tokyo Metropolitan Police Special Rescue Team. This year, the Tokyo Fire Department brought in the Virtual Reality Truck — a new vehicle that allows citizens to experience earthquakes, fires, and floods through virtual reality. Another new addition this year was the filming of evacuation areas, which were streamed on YouTube Live, allowing the emergency response headquarters to receive up-to-date information on the situation. This new idea to improve real-time information sharing was led by members of two student clubs — Tokyo Tech Volunteer Group and Meister. 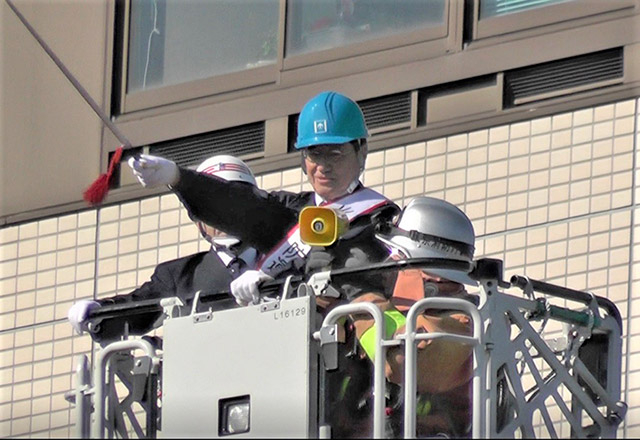 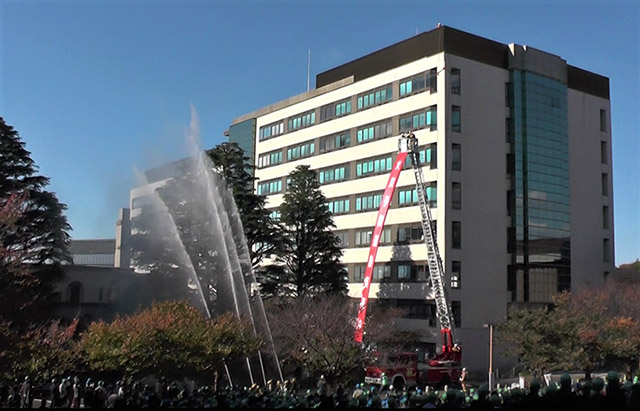 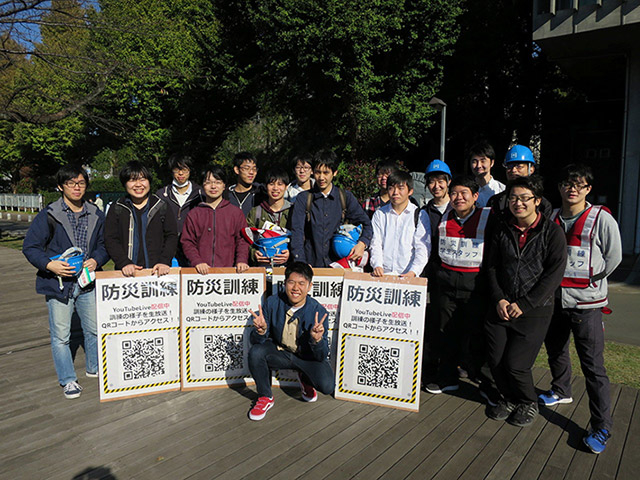 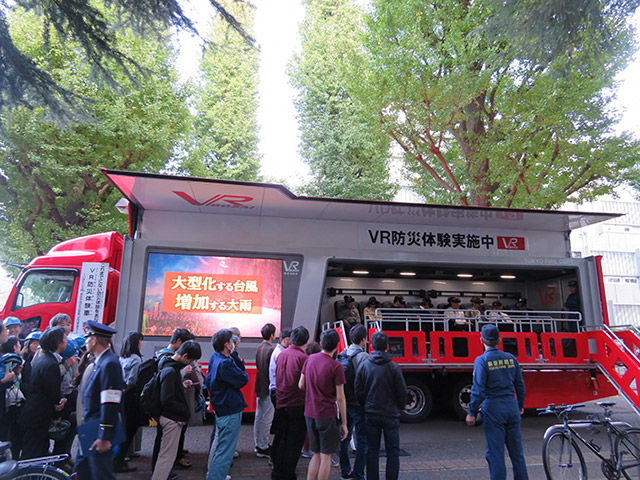