The Tokyo Tech Festival, held on October 6 and 7, 2018, placed fifth out of 120 university campuses evaluated at the annual University Festival Grand Prix. The result was announced on December 20. 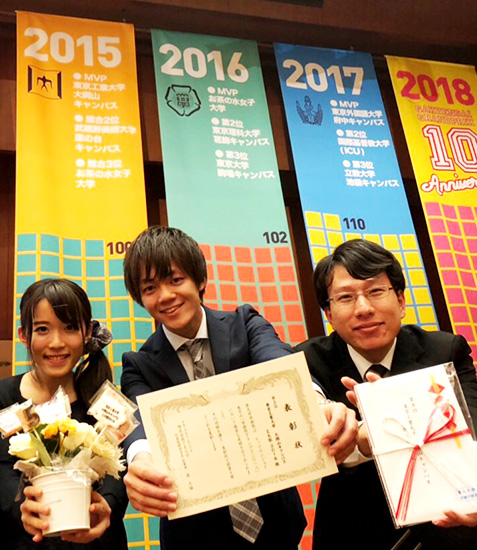 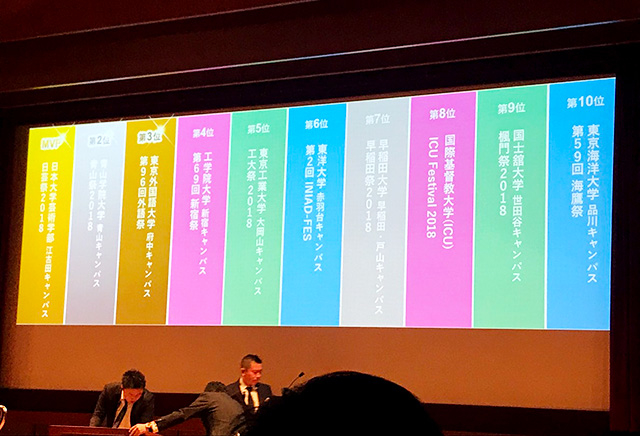 Held under the auspices of Let's Enjoy Tokyo, a website jointly managed by Tokyo Metro Co., Ltd. and Gurunavi, Inc. that introduces places of interest in and around the Japanese capital, the University Festival Grand Prix ranks university festivals in the metropolitan area based on their offerings to prospective students, alumni, and the public. The festival celebrated its 10th anniversary this year.

We worked tirelessly to plan out the 2018 Tokyo Tech Festival, the theme of which was “Frontier” as chosen by popular vote. This outstanding result is thanks to the efforts of current students and faculty members, who all communicated their research to so many visitors in a clear and interesting manner. I am currently studying management and optimization at the Department of Industrial Engineering and Economics, and look forward to sharing the cutting edge that Tokyo Tech has to offer with future festivalgoers.

“Tokyo Tech is a world leader in various academic disciplines, and our job is to raise awareness among the public regarding this fact, as well as the annual festival itself.” This was the mindset of the Tokyo Tech Festival committee members as they began planning the event in cooperation with various parties across the Institute.

In 2018, the “Best of Tokyo Tech Festival” vote went to the Nikaido Lab at the School of Life Science and Technology for their public exhibit, which aimed to clarify the mysteries of evolution through the examination of the ancient polypterus fish, the hedgehog, and other curious species.

Tokyo Tech Festival 2019 will be held on October 12 and 13, 2019. The Institute invites all interested parties to come and experience pioneering science and technology research under the guidance of Tokyo Tech's numerous labs and student clubs.