More is better when coordinating with others, according to new study

Researchers at Tokyo Tech, Imperial College London and the University of Tokyo have demonstrated that physical coordination is more beneficial in larger groups. 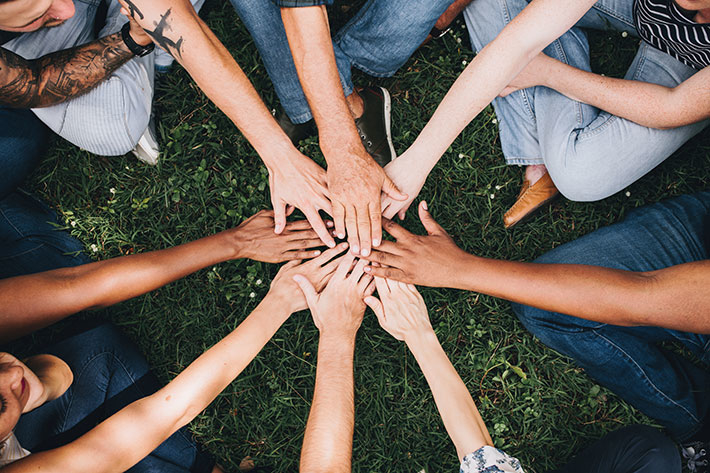 The researchers used robotic interfaces to test coordination in groups of two, three and four partners, and found that performance was improving with every additional group member.

The researchers believe the findings can clarify how a group of people can work together, for example to move and maneuver a large table together. This may also lead to improving the outcomes of physical rehabilitation by training patients in groups.

Scientists from Imperial College London, CNRS in France and ATR in Japan previously revealed the haptic communication in pairs in a task similar to partner dancing, and showed how performance at a physical task is improved and learned better when practicing with a partner, see Imperial College London web site

The new study, published today in eLife, extends this finding to trios and quartets by clarifying haptic communication in groups critical to society.

Dr Atsushi Takagi, lead author of the study who resides at the Institute of Innovative Research at Tokyo Institute of Technology (Tokyo Tech), said: "We were shocked by how well and fast partners learned to coordinate as a group through touch. Imagine trying to move a banquet table at a crowded wedding venue. With verbal communication, it's immensely challenging to coordinate with others to ensure the table doesn't bump against something, and the more people there are, the longer it takes to reach verbal consensus. With touch, coordination emerges in a matter of seconds, and the time taken to reach consensus is the same, irrespective of group size."

Professor Etienne Burdet of Imperial College, the senior author of this study, added: "We expected that the performance would deteriorate with the noisy force of each additional group member. However the performance improved with each group member, as each individual connects to a virtual collective hand which is the average of all partners' hands, so that the noise decreases with the number of partners".

The researchers found that the key to physical coordination was the ability to infer the group's goal through touch. The same coordination mechanism was used in a previous study by Takagi and colleagues to design a "human-like" robot partner that coordinated with a human partner.

In the new study, the researchers conducted computer simulations of the task to test what information was shared within the group through touch. Takagi believes that a deeper understanding of the coordination mechanism will yield an algorithm for a group of robots to carry out physical tasks together.

The research was carried out in partnership with Imperial College London in the UK, and the University of Tokyo in Japan.