Kiyoshi Hirai's Sketches of Historic Townscape in Centennial Hall of Tokyo Tech, an exhibition of the emeritus professor's sketches during his extensive travels around Japan, was held on Ookayama Campus from January 7 to 16.

A second exhibition with slightly altered content is currently under way in one of the Exhibition Rooms on the 2nd floor of Centennial Hall. This event will run from January 28 to February 28, and is open to the public on weekdays from 10:30 a.m. to 4:30 p.m.

A journey through Japan's historic castles and towns

An architectural historian, Hirai led the restoration and maintenance of historic castles and towns all over Japan. During his trips, he documented not only his architectural observations, but also the people, food, and various species of fauna in his destinations — all through freehand sketches.

Hirai's works are an impressive collection of memories from Hakodate and Nemuro in Hokkaido, Yamagata and Kitakata in the Tohoku region, Annaka, Tama, and Tamachi in the Kanto region, Kanazawa, Takaoka, and the Ichijodani Asakura Clan ruins in the Hokuriku region, Kurashiki, Takehara, and Iwakuni in the Chugoku region, and Fukuoka, Nagasaki, and Kumamoto in the Kyushu region. Hirai created panoramic sketches, at times stretching several meters, which he collected in a folding shuincho — a special stampbook typically used to collect seals from temples and shrines. The oldest work on display, a sketch of the Higashi Chaya District in Kanazawa, dates back to 1982, and many of his other works are also from the 1980s. In addition to being a historical collection of his architectural research over a period of more than 30 years, Hirai's sketches are also an important record of numerous buildings that have since ceased to exist. 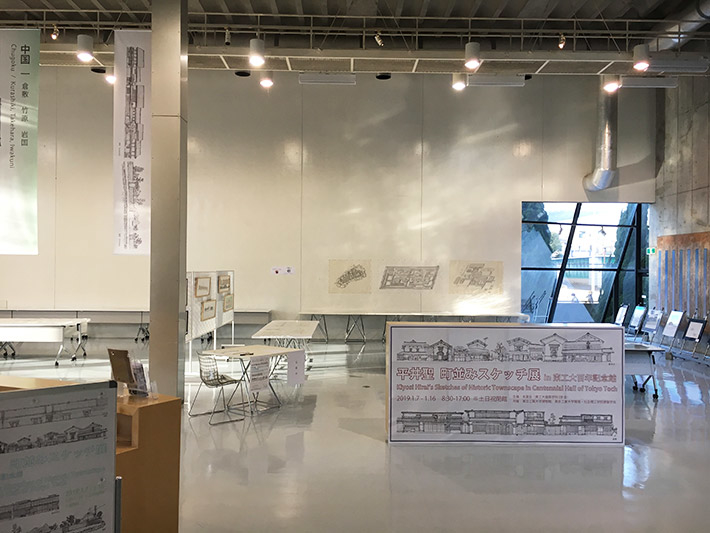 Hirai completed most of his sketches using only a mechanical pencil, but some of his depictions include natural mineral pigments to create pale, elegant coloring. In addition to panoramic townscapes, his works include a diary-like collection of sketches portraying the various meals he enjoyed during fields trips with Tokyo Tech High School for Science and Technology, where Hirai served as principal from 1983 to 1989

. Other works on display include an axonometric drawing of Ookayama Campus, sketches of Edo Castle's Honmaru Palace and samurai homes in Tokyo, and original drawings of the restoration plans for Tokyo Station.

The planning and layout of this exhibition was arranged by Associate Professor Taisuke Yamazaki from the Department of Architecture and Building Engineering at the School of Environment and Society. Toukakai, the alumni association of the Department of Architecture and Building Engineering and sponsor of the event, held their New Year gathering during the first exhibition, allowing many of Hirai's former students to see firsthand the rare works of the professor emeritus. Additionally, visitors included a significant number of current Tokyo Tech students, faculty, and staff, as well as members of the public. 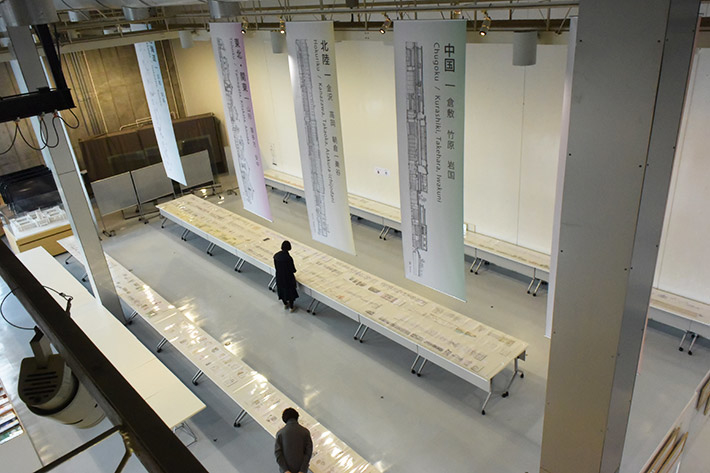 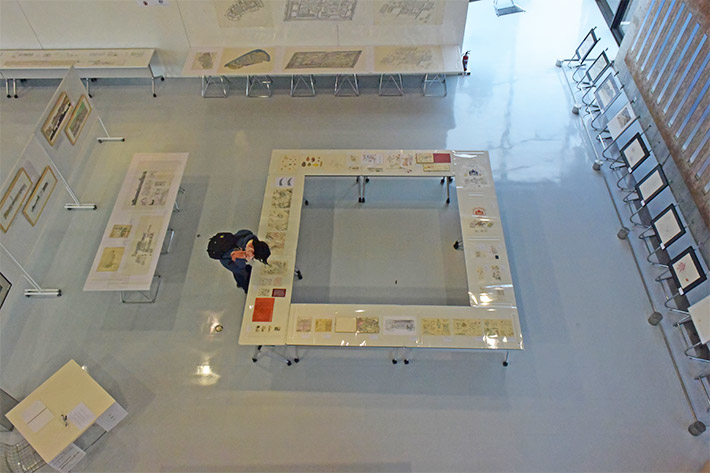 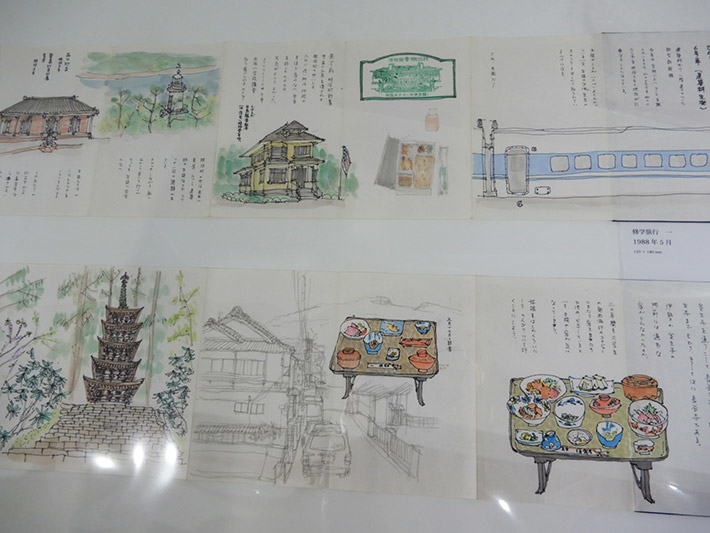 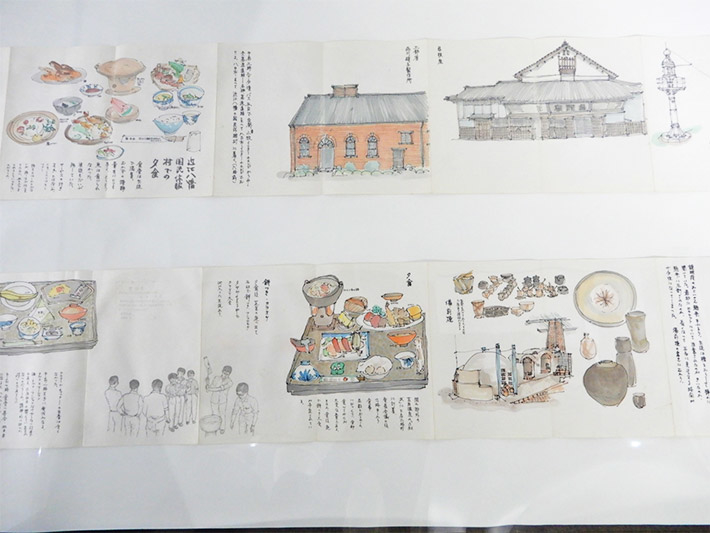 Sketches of a town — buildings, people, and food 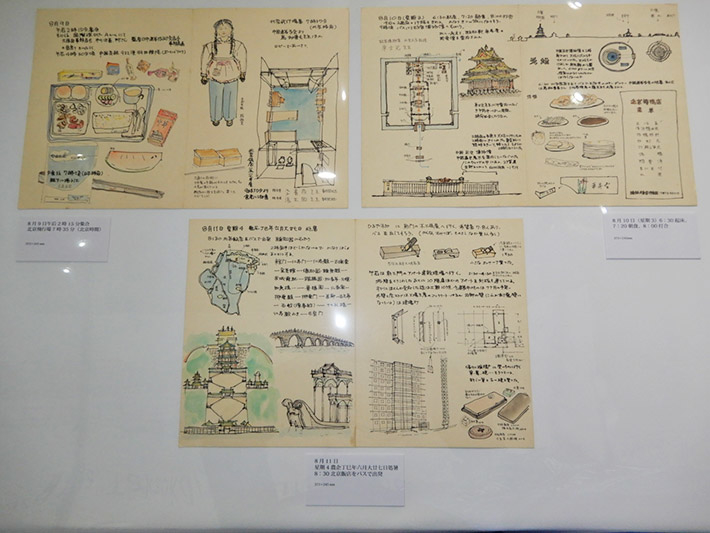 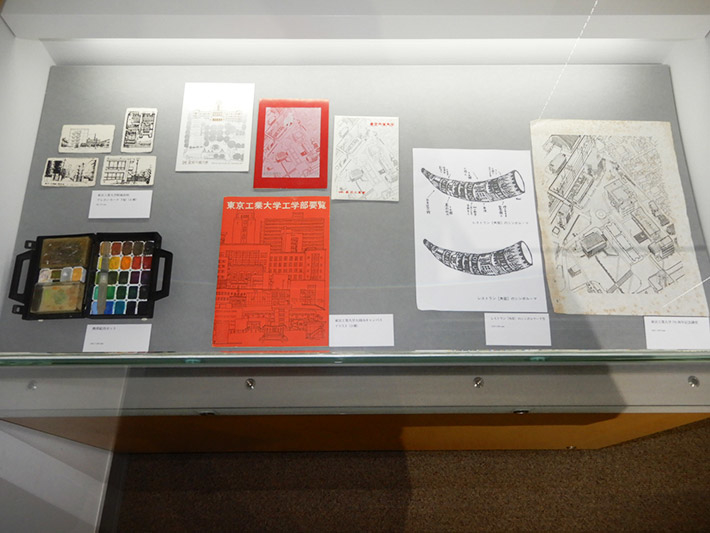 On February 9, Hirai also hosted Tokyo Tech's Sketch it! Workshop for 19 participants mainly middle and high school students in collaboration with the Board of Education of Meguro City. After learning about Edo Period scrolls through a lecture by Hirai, participants practiced various line techniques, one of the fundamentals of freehand sketching. They were also invited to explore the depth of architecture through sketches created from a number of different viewpoints. 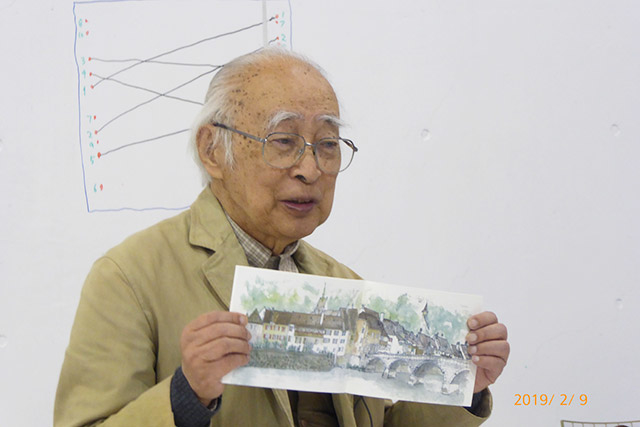 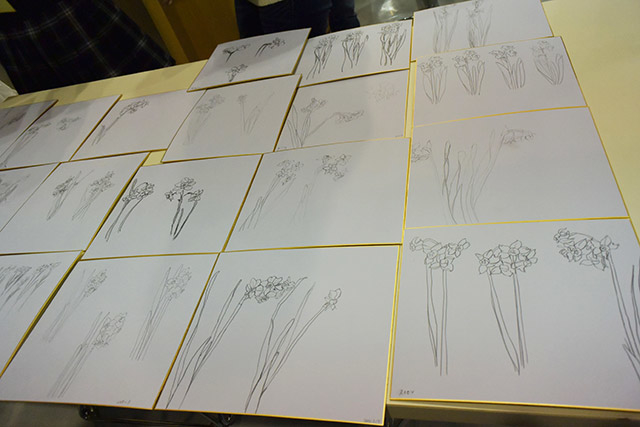 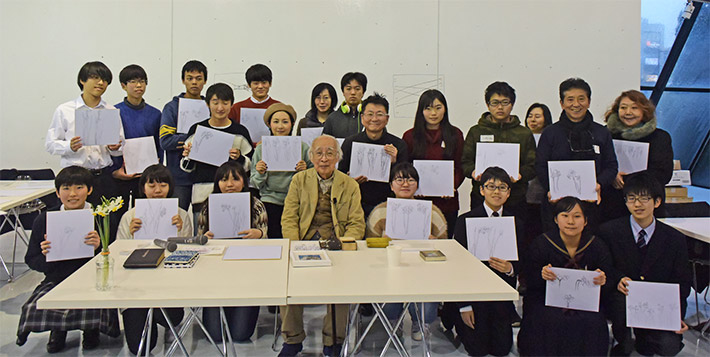