The Advocacy and Research Centre for Homelessness (ARCH), led by students and faculty from Tokyo Tech's School of Environment and Society, conducted the first of two 2019 Winter Tokyo Street Counts in the early hours of February 23.

ARCH, which aims to acquire an accurate count of the people sleeping rough in Japan's capital, and as a result raise awareness and support to address homelessness, has conducted bi-annual street counts since January 2016. In February, 60 volunteers walked the streets of Taito City and Sumida City in northeast Tokyo to see for themselves the reality of the situation.

The second winter count, which will take place on March 2 and 3 with 120 volunteers, will cover the cities of Toshima, Bunkyo, Shinjuku, and Shibuya. 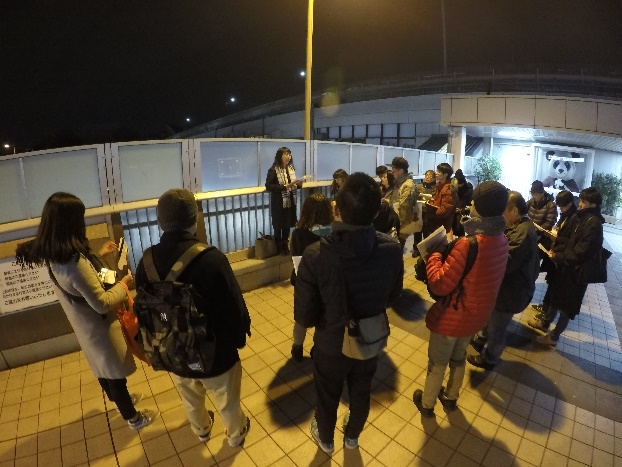 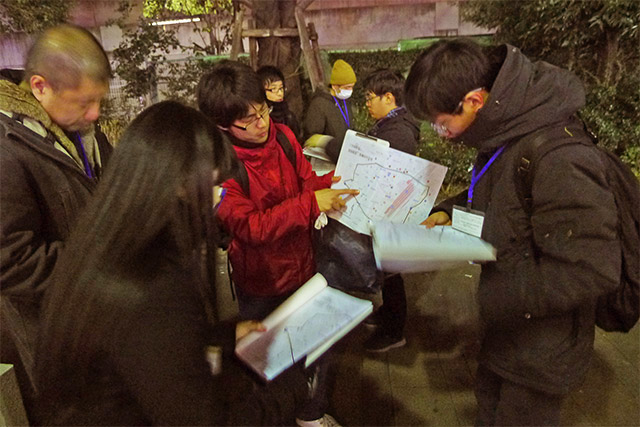 Groups of three or four surveying streets in 2-hour stints

The Tokyo Metropolitan Government has collected statistics on Tokyo's homeless population since 1995. These numbers, however, are based on daytime counts only. ARCH seeks a more accurate image of the status quo by conducting all its counts at nighttime, when rough sleepers are much more visible and vulnerable.

Groups of three or four volunteers, with map and survey sheet in hand, circle city areas for approximately two hours at a time. In the previous count in August 2018, ARCH counted 1,392 people sleeping rough — 2.6 times more people than the 526 recorded by the government. According to ARCH, these figures suggest that approximately 2,300 people sleep rough in Tokyo on any given night, and that approximately 25,000 people experience a night of rough sleeping each year.

Based on these research findings, ARCH is working with government to renew policies that address homelessness. In addition to decision-makers, ARCH wants to involve the people of Tokyo. To date, 812 volunteers from their teens to their 60s — students, company employees, public servants, NPO workers, assemblypersons, researchers, and others — have seen for themselves where and how Tokyo's rough sleepers spend their nights. 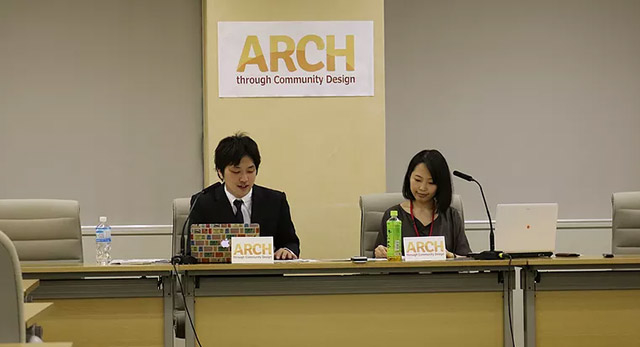 ARCH reps presenting in May 2017 at Tokyo Metropolitan Press Club

ARCH shares its research findings and the voices of the people of Tokyo in research papers and academic journals, through lectures, and via various mainstream and digital media. In May 2017, representatives of the advocacy group presented their results and estimates at the Tokyo Metropolitan Press Club, and put forth policy proposals to the government. That same year, the Japanese Diet held discussions regarding the findings of the group, and in 2018, ARCH activities were the focus of lectures in the Tokyo Tech Visionary Project for first-year students at the Institute.

"In the past, hosts of the Olympic and Paralympic Games focused heavily on embellishing only the surface of their city. As a result, homeless people were marginalized further. However, there are also cases where cities were able to use the games to advance policies that support homeless people," says ARCH co-director Nao Kasai, who is also a researcher at the Dohi Laboratory in Tokyo Tech's School of Environment and Society. ARCH was established in October 2015 after Tokyo was selected to host the 2020 games. Members and graduates of the Dohi Laboratory played leading roles in forming the group. Kasai and her colleagues, who carried out research on policies concerning homelessness overseas, hope that Tokyo 2020 can act as a catalyst to create a more accepting, inclusive city that does not dismiss the less fortunate.

Rina Katada, a 2nd-year master's student at the same School and a member of ARCH, explains her thoughts. "Before joining ARCH, whenever I saw a homeless person, I would think that there was nothing I could do. I pretended not to see them, and felt a great sense of shame. Now, when I see a homeless person, I think to myself, ‘There is a person in front of me. As a citizen, what can I do to help?' At ARCH, that is what we mean when we speak about a more inclusive or accepting city — helping people think about and acknowledge that each homeless person is a citizen just like you and I."

Another student of the School, 1st-year master's student Yuki Oshino, says, "I am learning many things through the various activities of ARCH. As an accepting city, Tokyo should not simply judge homeless people and offer them shelter and money. Instead, we should all listen carefully to each other, and work together towards a real solution. Tokyo and its people must all support each other."

While working towards societal change and a Tokyo Homelessness Charter by 2020, ARCH continues to plan its next Tokyo Street Count in early March.