Developing "Cities and Infrastructure in the 100-year-life Time" 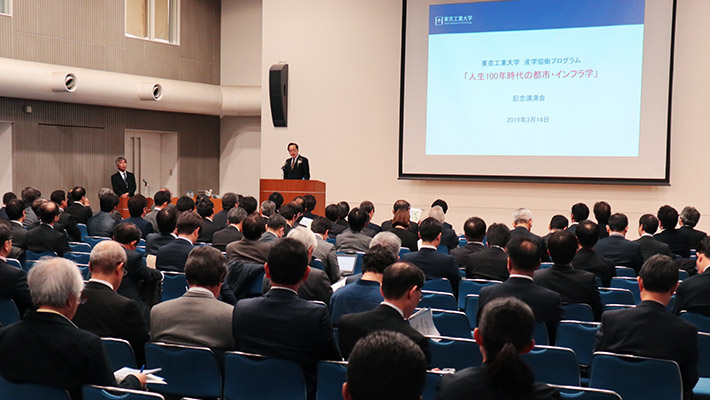 Broad range of participants at kickoff event of new program

Japan has the longest life expectancy in the world. It is estimated that children born in the country in 2007 have a 50 percent chance of living to at least the age of 107. In such a longevous society, it is important to reconsider how people live, work, and learn. That being said, natural disasters such as earthquakes and floods affect the lives of people more than ever before. These significant changes are not limited to Japan, and many believe that they will increasingly become a fundamental tide sweeping across global society.

Amidst these unprecedented changes, the three-year Cities and Infrastructure in the 100-year-life Time program seeks to integrate the solid academic expertise accumulated at Tokyo Tech with knowledge from broader society in order to shed light on the following questions.

This program is headed by Tokyo Tech's School of Environment and Society. 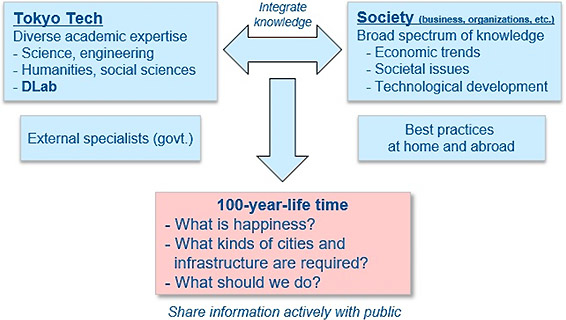 Tokyo Tech President Kazuya Masu began the inaugural lecture series, speaking about the program's relevance to the Institute future plans. As facilitators of cutting-edge science and technology, Tokyo Tech hopes to design the future together with the public while providing objective knowledge to society. The Cities and Infrastructure in the 100-year-life Time program is one the flagship programs that will help the Institute achieve this goal, Masu commented.

Special Advisor to the Prime Minister Dr. Hiroto Izumi followed with a special lecture on "Developing cities and infrastructure in the 100-year-life Time." He spoke about the government's initiatives to promote Society 5.0, smart cities, and innovation in science and technology. Izumi's message resonated with the audience. "The future is bright," he concluded. 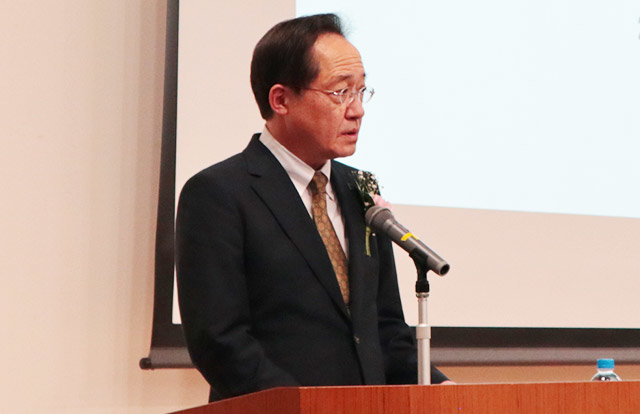 Institute Professor Takao Kashiwagi also gave a special lecture on "Ultra-smart energy societies." Energy systems are a crucial issue in the cities and infrastructure of the future. Kashiwagi spoke specifically about community-led energy systems that produce and consume locally. 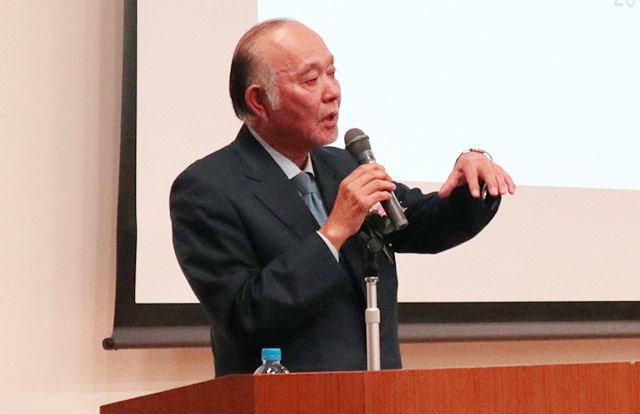 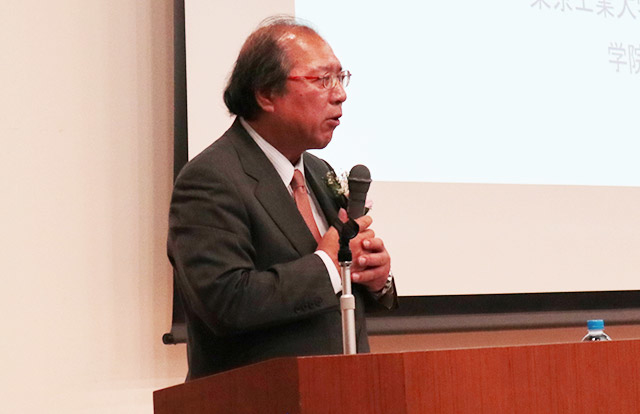 Norihiro Nakai, program director and dean of School of Environment and Society

A brief social gathering was held after the lectures. Over 100 participants stayed behind to share their views and expectations regarding the program. 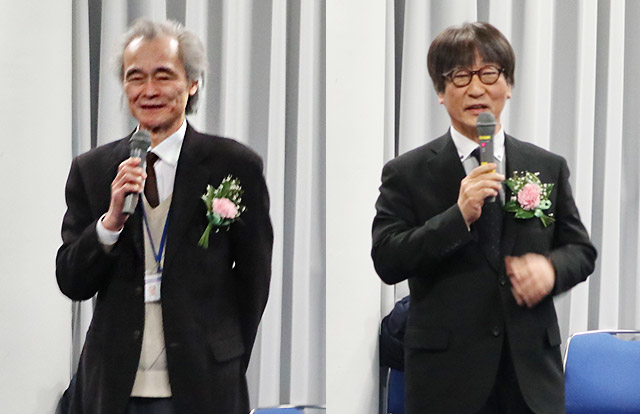 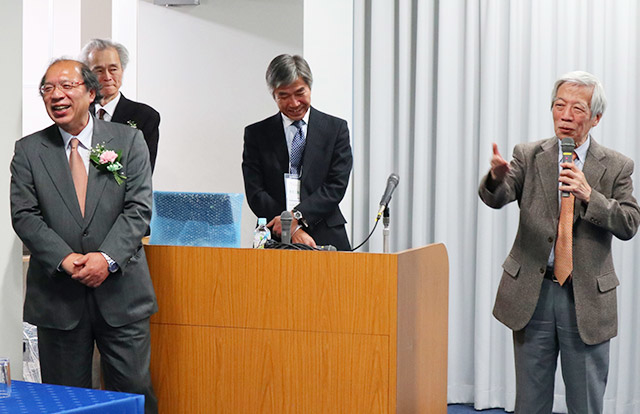 This kickoff event marked the beginning of Tokyo Tech's Cities and Infrastructure in the 100-year-life Time program. Through a variety of workshops and other events over the next three years, the Institute is keen to deepen discussion and teamwork with the member companies and domestic and overseas experts who have agreed to collaborate. The program's results will be shared openly through symposiums and other events that are open to the public.